Brennan Wants Back To Back Wins Secured 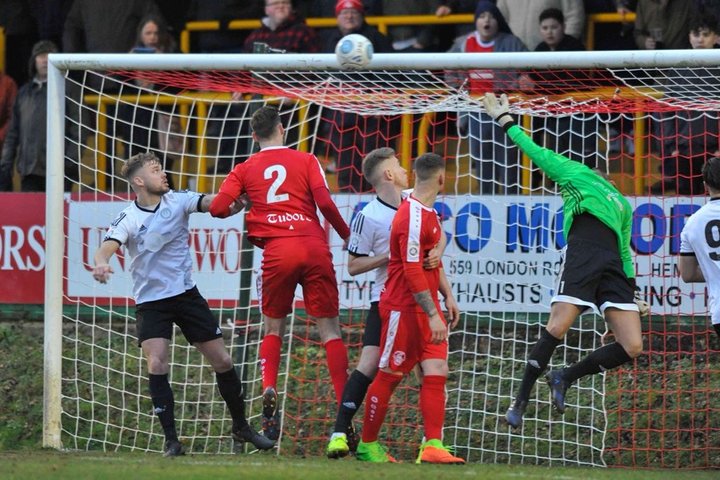 Hemel Hempstead Town boss Dean Brennan says their late win at Braintree Town can be built on ahead of facing another side aiming to go up tonight.

A last minute winner against a promotion rival sets them up nicely against Chelmsford City, who are also aiming to go up, writes Tom Feaheny.

"We got a good win at the weekend and now want to build from it, it doesn't matter when the winning goal comes they all count and I felt particularly in the second half we had more control of the game and were the better side," Brennan said.

"I was down to the bare bones with only really 14 fit players but I'm proud of them because they stuck to the game plan and never gave up.

"After last week's disappointment losing the way we did against Hungerford it was a great response from the lads to put in a shift.

"We now face another top side in the league."

 Gannon Urges Stockport Players To Raise Their Games Jim Gannon knows his Stockport County side have to improve if they are to get anything at high-flying Harrogate Town tonight.

A Big Night Ahead In All Three National League Divisions  It may not quite be a full programme tonight but there is certainly plenty to hold the attention.