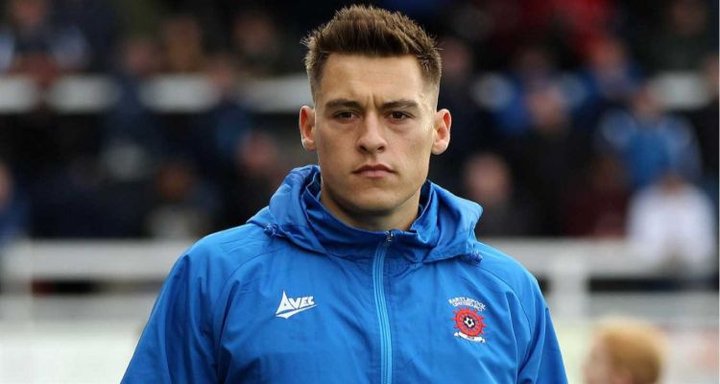 Darlington FC have signed striker Scott Fenwick, and he will be included in the squad for the game at Salford on Saturday.

Fenwick has played in several of Quakers’ pre-season games, the latest of which was a goalless draw at Guiseley AFC last Saturday.

He played in the academies at Middlesbrough, Sunderland and Newcastle before in turn joining Ebac Northern League clubs Newcastle Benfield, Durham City and Dunston UTS.

He joined Hartlepool United in the 2014/15 season and helped them avoid relegation from the Football League that season, and in total made forty-two appearances for them with a loan spell at Tranmere Rovers in between, before joining National League York City in the summer of 2016.

He made twenty-four appearances for York and left them this summer.

Wafula Wants To Take His Gainsborough Chance  The forward joined the Vanarama National League side from Shaw Lane AFC at the start of pre-season.