FC United Look To The Future 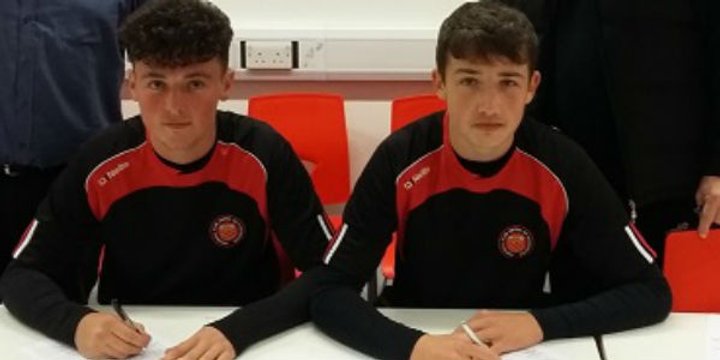 FC United of Manchester have announced that Sam Baird and Mike Jones have both extended their contracts with the club until the end of the 2018/19 season following impressive performances in first-team.

The pair both signed first-team forms in November 2016 with 18-year-old defender Baird making his debut away at Stalybridge Celtic on 12th November 2016.

Last season, Baird made seven first-team appearances, and has started in the last five matches for the Reds since Tom Greaves took charge.

Midfielder Jones, 19, made his first-team debut in the Manchester Premier Cup away at Abbey Hey in November 2016.

His next two first-team appearances as a substitute came in the last two league matches of the season.

This season Jones was in the starting XI in the first match of the season away at Brackley Town but didn’t feature again until the Emirates FA Cup replay at home to Stockport County, coming on as a half-time substitute.

Since Greaves has been in charge, Jones has featured in six of the last seven matches, missing the Alfreton Town home match through injury.

Jones and Baird joins Lloyd Allinson and Steven Affleck as players who are now contracted at the club until May 2019.

 Adam Virgo Column: There Are Some FA Cup Upsets In The Air There’s a general rule of thumb when it comes to the FA Cup at this stage of the competition. If the Football League side are on it and are totally focused, then there won’t be an upset.