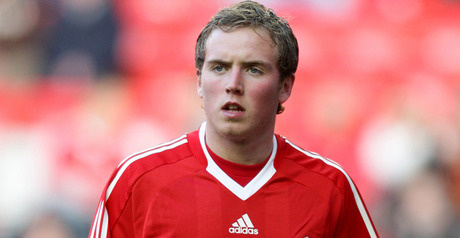 FC United of Manchester have announced the signing of 26-year-old midfielder Steven Irwin.

The Reds are keen to point out that he is not to be confused with his namesake who was the Australian crocodile hunter of the same name!

Irwin began his career at Liverpool at the age of 8. He was in the same Liverpool youth team cup-winning side, alongside new FC United team-mate Craig Lindfield in 2007.

Despite being their captain and topping the appearance charts for Liverpool reserves in the 2010/11 season, he was released in June 2011 having never made a first-team appearance.

On leaving Liverpool he signed for Dutch club Telstar, making his senior professional debut for them during the 2011/12 season.

In November 2011, Telstar confirmed Irwin had left the club, citing homesickness as a factor in his departure.

In September 2012, he signed for Finnish Premier League club FF Jaro before joining AaB in Denmark in 2015.

In February 2017, he returned home and signed for Evo-Stik League North side Skelmersdale United.

Irwin will be available for selection for tomorrow’s match against Boston United, with manager Karl Marginson saying "he is a great addition to the squad."

 Marginson Insists His FC United Will Turn The Corner Calm FC United of Manchester manager Karl Marginson believes his squad have too much talent to be hanging around near the bottom of the league for too much longer.

Byrne: Brackley Must Not Carried Away  It has been a perfect start to the season for Brackley Town who have won their opening fives games but Shane Byrne says the squad knows there is a lot more hard work to come.