Fallon Ready To Make Up For Lost Time At Curzon 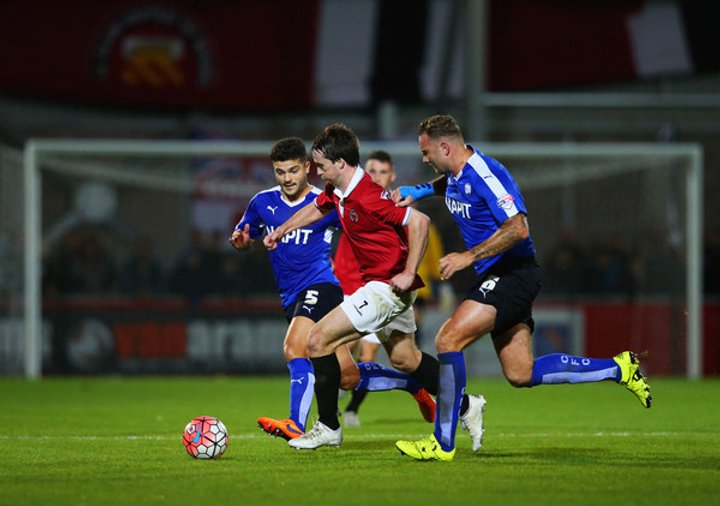 New Curzon Ashton signing Rory Fallon says he is delighted to be back in the game after overcoming a knee injury.

The striker joins fellow Vanarama National League North side after he left FC United of Manchester towards the end of 2016 to concentrate of getting back to full fitness, writes Tom Feaheny.

Speaking about his recovery and getting back into the game, Fallon said.

"It was the second operation I have had on my right knee and it's been an extremely difficult few months. Some players don't play again after this injury so I always knew it was a tough battle but I've been working very hard.

"My aim was always to be fit for this season but I know I've got to be patient."

Speaking about moving to John Flanagan's team, Fallon says despite other clubs being intestered in him, the relationship he already has with his new manager played a big part in him joining.

"I am delighted to be joining Curzon, I had lots of offers when clubs realised I was back fit again but felt Curzon was the right club.

"I have known the gaffer for a long time. Many years ago he used to play for my Dad when he was manager of Droylsden. I was close to joining the club once in the past and stayed in touch."

"I want to get back playing regularly in the Vanarama National League North because it is a great league to play in. Hopefully I can help Curzon build on what they have done over the last two seasons in the league."

Fallon made his final appearance for FC United on 19th December 2015, speaking about leaving to get back to fitness and his best memories he had this to say.

"It was very difficult leaving FC United of Manchester as I loved playing for them. The supporters were brilliant with me from day one and I loved putting on the shirt. I Felt a break from the game to recover from op and get fit again was needed.

"My Best memory was probably winning the Northern Premier League. We had some really good characters in the dressing room that season . Also playing in the first game against Benfica at Broadhurst Park was special."

 McMahon Believes Ebbsfleet Are On Right Path Ebbsfleet United manager Daryl McMahon was pleased with how his team played against Cambridge United.