Fab Fabien Has Gloucester On The Up Again 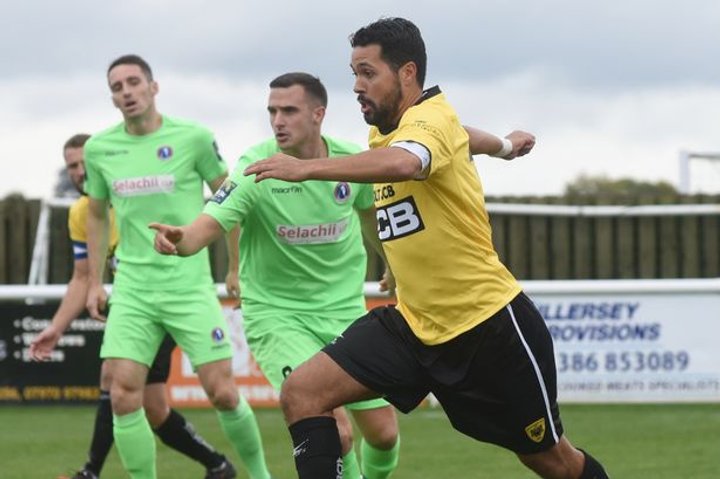 While most might be familiar with The Great Escape film starring Steve McQueen, Gloucester City have written a whole new story with the headline act none other than Fabien Robert.

The flying Frenchman has lit up the National League South survival race with his performances, not forgetting his wonder strike against Truro City that his brother and ex-Newcastle player Laurent would’ve been proud of.

That win along with maximum points from games against Eastbourne Borough, Chippenham Town and Woking completed an incredible turnaround in the club’s fortunes.

After starting the month in the bottom three, they eventually finished eight points clear of the drop-zone and secured their place in the division for another season.

While Robert might only be on loan from Forest Green Rovers, you wouldn’t be surprised if boss Mike Cook was on the phone looking to extend his stay at the Jubilee Stadium.

 Hess Express Is Really Up And Running At Dover Athletic! When Dover appointed their new Manager back in October, many questioned why.

Seven-Up Alun Is The North's Number One Manager For April  Blyth Spartans fans can no doubt do with some good news after an agonising Vanarama Eliminator defeat on Wednesday night.