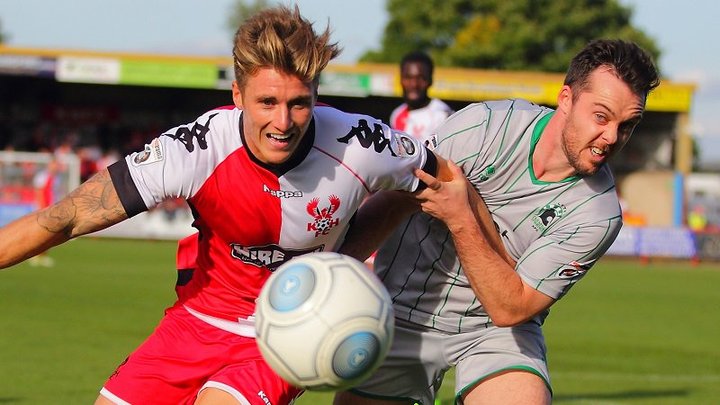 A dramatic 2-1 win against a fellow side going for promotion left John Eustace pleased with how his side approached the game.

Victory against Brackley Town came in the last ten minutes, as they conceded saw Fraser Horsfall score a contender for goal of the season and then won it thanks to Dan Bradley, writes Tom Feaheny.

“I am delighted with the performance, we were up against a very good team, a very experienced team and they made it difficult for us," Eustace told the club's website.

“We kept to our principles; we played some good football and we were patient. With the way things have been going throughout the season, when they scored in the last ten minutes the lads’ could easily have dropped their heads and given up.

“But that’s the character of this young team… they never know when they’re beaten.”

Eustace also had to pick out Horsfall for praise, after his effort from nearly 40 yards out got them back level.

“Fraser has been fantastic all season, he just keeps getting better and better and we are very lucky to have him.

"I don’t think he’ll score a better goal in his entire career."

 Another Big Game Added To The BT Sport Schedule We are delighted to announce an additional BT Sport live fixture has been added to the late season schedule.