End Of An Era At Oxford City 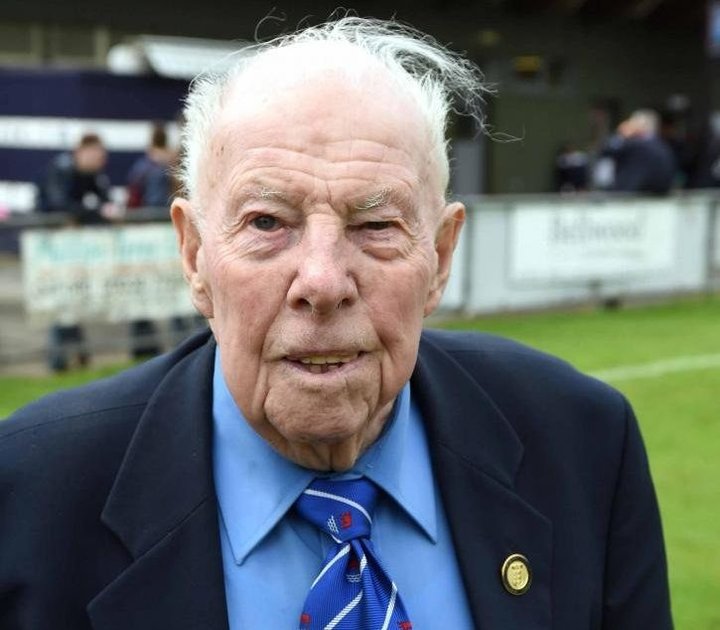 One of the longest-serving club officials in the country has announced he is standing down.

John Shepperd has been ‘doing something’ at Oxford City since the 1960s.

Now at the age of 82, he is standing down after 50 years as secretary.

Numerous awards have come the way of the man, who, with a number of others, resurrected the famous club after they were evicted from their White House Ground by landlords Brasenose College, who sold it off for housing.

Forced to resign from the Isthmian League, Shepperd was at the heart of return to senior football in 1990 when, based at Cutteslowe Park, they entered the South Midlands League Division One, winning promotion in their first season.

They returned to the Isthmian League in 1993 when they also moved to their current ground in Marston.

The club continued to climb through the divisions during the 1990s and reached the final of the FA Vase in 1995.

“To see Oxford City walk out at Wembley – after what the club had been through – made me very, very proud,” he said.

He started watching the team as an eight-year-old.

“It was wartime and City were playing in the Great Western Combination and I went to the game with the brother of one of the players, Ralph Martin,” he recalls.

After a few games in the club’s youth team as a teenager and a spell of National Service, Shepperd played for Kidlington in the Hellenic League, finishing as their leading scorer in 1956-7 as a left winger.

After hanging up his boosts, he returned to City, when he helped on the ground and at the turnstiles before becoming club secretary in 1967.

His duties concerned the registration of players, matchday arrangements and even writing press reports, which he continued doing up until last season.

Shepperd was honoured four years ago when receiving a gold medal from the Duke of Cambridge as ‘a grassroots hero’.

“That was another very proud moment,” Shepperd, whose service to the club was marked by the presentation of a silver salver at the end of seasons presentations, told the Oxford Mail.

He was also awarded a medal from the Football Association last year to honour his half-a-century service.

Club chairman Brian Cox said: “In this day and age for somebody to devote 50 years service to one club is quite remarkable.

“The club owes him a tremendous debt of gratitude for all that he has done”.

(I have known John for over 20 years and a more friendly, helpful and knowledgeable man you could not wish to meet. If anyone deserves a break, he does, but I bet he`ll be bored to tears before very long as he`s been so used to `doing something`! Happy retirement John. Steve Whitney)

 Thompson Delighted After Joining The Lions Striker Reece Thompson says the ambitions of the club made it an easy decision to join Guiseley AFC.

Academy Re-Structure At Weston  Weston-super-Mare have announced re-structuring of the very successful academy subsequent to the departure of Jon Haile from the club.