What Happened On Tuesday Night Across The National League? 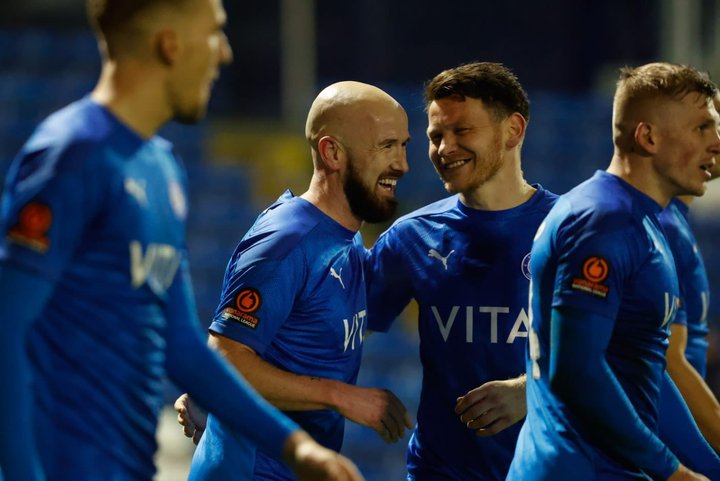 There was a shock in store for one of the title chasers on Tuesday night in the National League.

Chesterfield came undone at Maidenhead United - despite clawing their way back from 2-0 down.

Josh Kelly was the star of the show, firing home the winning goal after the home fans feared the worst.

It means the Spireites miss the chance to go top again and now they have Stockport County breathing down their necks.

Dave Challinor’s side are looking the real deal and they were too good for Eastleigh, pictured.

An own goal from Andy Boyce put the hosts ahead and it was 2-0 when Paddy Madden pounced.

Connor Jennings’ great form continues, he made the points safe - and his team are up to third.

There are new leaders in the National League North.

Gateshead go ahead of Brackley after surviving a slow start against AFC Telford United.

Cedwyn Scott levelled before a double from Paul Blackett. Macauley Langstaff made it 4-1 to the table toppers.

Southport’s season continues on an upward curve, they edged out Bradford PA 1-0 as Connor Woods got a late, late winner.

In the National League South, Dorking Wanderers stretched their legs with a seventh straight victory.

They won 3-1 at Dulwich Hamlet to go four points clear, Alfie Rutherford hit another hat-trick as the Player of the Month shone bright again.

Braintree Town didn’t stay at the bottom for long - they won 4-2 at Hampton & RB as Luke Holness grabbed two.

Chippenham are pushing for promotion but they stumbled 1-0 at home to Tonbridge, Tommy Wood got the winner.

 An Extra Live Game Added To February's BT Sport Bill The National League and BT Sport are pleased to announce a further live fixture has been added to next month’s schedule.

Oxford Boss Oldfield Is The Man For Weymouth  Weymouth have announced David Oldfield as their new manager.