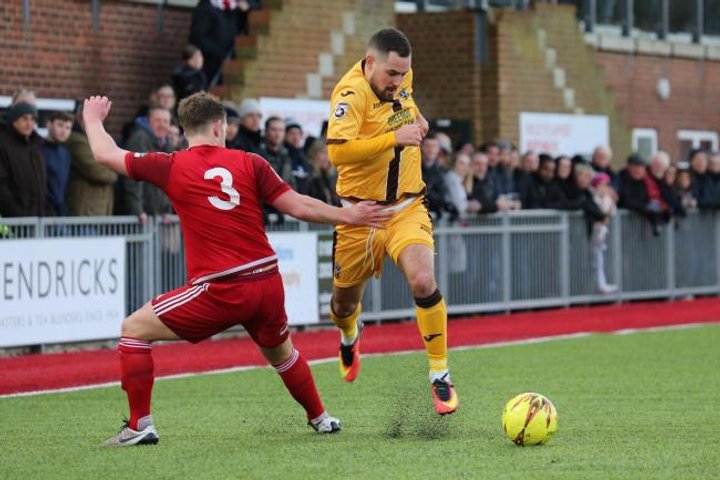 At home in either full-back positions, Spence signed for the U`s from league rivals Eastleigh in the summer of 2015.

He was a trainee with Reading before spending eighteen months at the Glenn Hoddle Academy in Spain, he played for Woking, Salisbury City and Hayes & Yeading United before joining Eastleigh, where he was a member of the 2014 Conference (National League) South championship-winning squad.

He has made fourteen appearances for the U`s this season.

 Kinnear Says Athletic Still Have It All To Play For Dover Athletic boss Chris Kinnear knows what to expect from facing Sutton United and says it will be end to end, with both teams still looking at top spot as a realistic goal for the end of the season.

Maidstone Make Third Loan Signing Of The Week  Maidstone United, who took Dean Beckwith and Ross Lafayette on loan from league rivals Sutton United yesterday, have now swooped to being former West Ham United winger Blair Turgott on loan from Boreham Wood for the rest of the season.