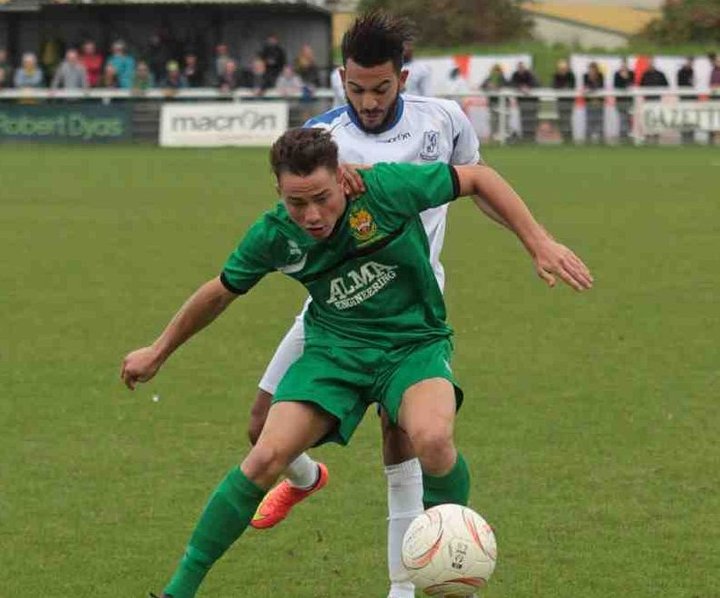 Pacey 25-year-old German, who can also play out wide or tuck in behind the front line, joins following a brief spell with National League side Ebbsfleet United.

He had signed for Fleet in October after a second spell in the Indian Super League with Kerala Blasters where he regularly played in front of crowds of 70,000.

A former Queens Park Rangers youth who played more than twenty times for Rangers in the Championship, he also played on loan for Southend United and Yeovil Town before a permanent move to Stockport County in 2011.

He returned to the Football League with spells at Brentford, Gillingham, Aldershot Town and Northampton Town, as well as time in Scotland at Partick Thistle in between his two stays in India.

Campbell (pictured in white) signed for Braintree in July from Bostik League Premier side Enfield Town.

He had joined Enfield from Brentwood Town during the 2011/12 season.

When he was with the Abbey, he got through to the last three of a competition run by Swindon Town to offer a one-year contract to a young player.

Some 3,000 budding young footballers originally entered the competition to win a year-long contract with the club.

That number was whittled down to 22, who then played in the final, where the final three were selected of which Campbell was one.

He has also had trials with Bradford City and Dagenham & Redbridge.