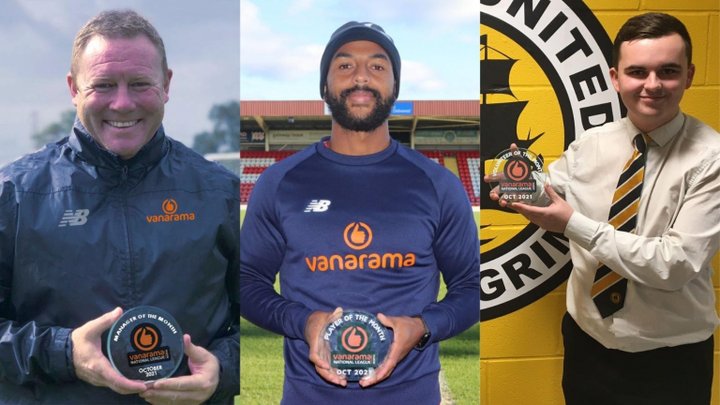 It’s time to honour October’s finest as the great and the good of the National League North get their hands on the monthly gongs.

It wasn’t the opening to the campaign that anyone at York City wanted, but it’s not always those fastest out of the blocks who end up celebrating the loudest!

Those three season-starting defeats are far in the distance now - and thanks to a month to remember, Steve Watson is the boss smiling.

Big progress in the FA Cup before the weekend was also helped with three wins from four in the league as Southport, Chester and Blyth Spartans were put in their place.

Watson and his side, you feel, are only just getting started.

Joining the Minstermen in the play-off pack are Kidderminster Harriers - and Ashley Hemmings epitomises what the club are trying to do, manager Russ Penn says.

He now has six for the season and found the net against Chorley and Bradford (PA) last month but he brings more than just goals.

“He’s a fans’ favourite and deserves to be because of all the work he puts in,” explained the Aggborough boss.

“He’s 30 but he drives himself - I see no reason why he can’t play for the next four or five years.”

Every club needs a stat man, especially in the ever-demanding world of social media.

Christian James is Boston United’s go-to man, he founded the popular @bostonutdstats twitter account and has produced plenty of work as the club said an emotional goodbye to York Street.

Typically, he has sourced historical stats and information while he continues to write in the well-read The Pilgrim matchday programme, while helping out with any extra media tasks needed.