Tigers Claw Back 13 Players Who Turned Their Season Around 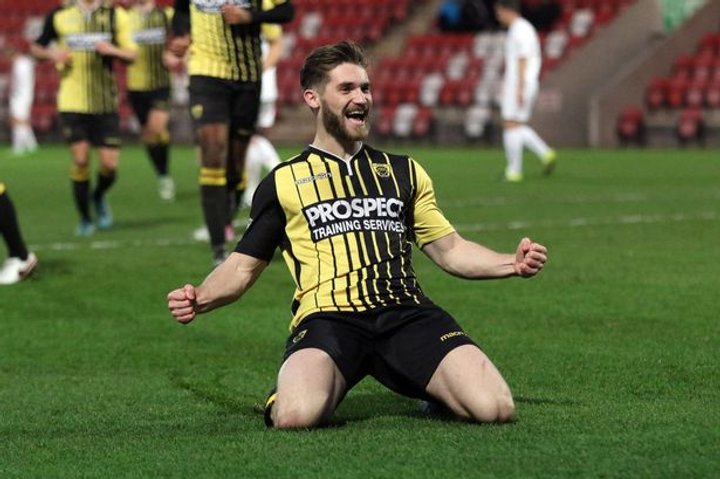 Gloucester City manager Marc Richards says the decision to offer 13 of last season’s squad new deals is reward for a much improved second half of last season.

The Tigers were in real danger of relegation when Richards took over at the back end of 2017 but they soon shot up the table and ended the campaign in 14th place.

They were even in sight of the National League South play-offs in March and Richards hopes that could be the case next season.

Top scorer Joe Parker has been retained and he isn’t the only one.

Andrew Hannah, Jamie Edge, Samuel Avery, Matt Williams and Joe Hanks have been offered a place for the new campaign.

So has Chris Knowles and Spencer Hamilton with Tom Webb also kept on. Isaac Kelly, Noah Smerdon, Will Tunnicliff and Will Morford have also been offered a contract.

Richards told the club’s website: “The togetherness that this squad has was highlighted by their form in the second half of the season.

“Yes, there are a few notable omissions from the list but that doesn’t mean to say the possibility for those players to be with us next season is gone.

“We are a club that is proud to bring players on and give them a platform and professional coaching support to further their footballing careers and any departure should not be seen as a negative but as an opportunity for younger players to make the step up or for someone new to come in and showcase their talents.

“There are a few players that we’re looking at but it’s vital that not only do they have the talent but also the character and ethos required to play for Gloucester City.”

 A Summer Special: Watson On Life Back Home At Southport When Liam Watson first walked into the office at Southport, or even pulled up a chair the second time he took over, things were quite different.

Mekki Makes His Mind Up To Extend His Stay With The Lilywhites  Adam Mekki has committed to Bromley as Neil Smith says the winger staying put shows their ambition.