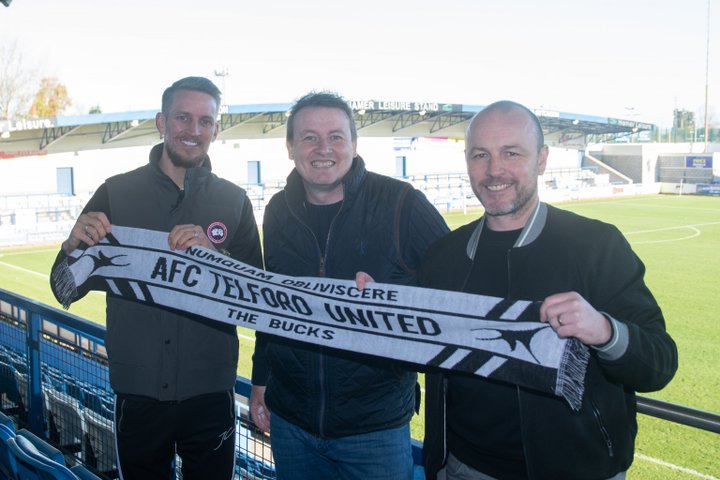 Carden, pictured right, has been drafted in from step-three side Warrington Town, where he spent five years in charge.

The appointment comes 24 hours after Telford dropped to the foot of the Vanarama National League North table, following a home defeat to AFC Fylde.

The former Southport boss will be joined in the dugout by assistant Carl Baker, pictured left.

‘’I am delighted that we have been able to attract a manager and assistant of Paul and Carl’s calibre," said Bucks chairman Andy Pyrce.

"They bring a wealth of experience to our football club and I am excited to start working with them both.

"They are both young and hungry to succeed, and they both share the same aspirations and ambitions for the future of AFC Telford United".

The club travel to Felixstowe & Walton United in the FA Trophy on Saturday in Carden's first match in charge.