Robinson Ready To Get His South Scoring Boots Back On Again 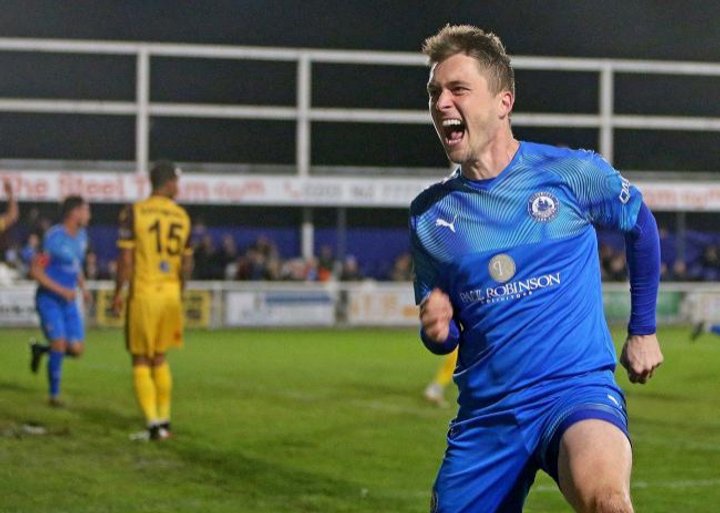 For a player who is so desperate to leave it behind, Jake Robinson is doing a pretty good impression of someone who is smitten with the National League South.

He’s got more matchballs from the hat-tricks he has buried cluttering up the house than he knows what to do with.

Netting for fun at Whitehawk, Billericay, Hemel Hempstead and Maidstone United, he’s back for another go at Dartford. 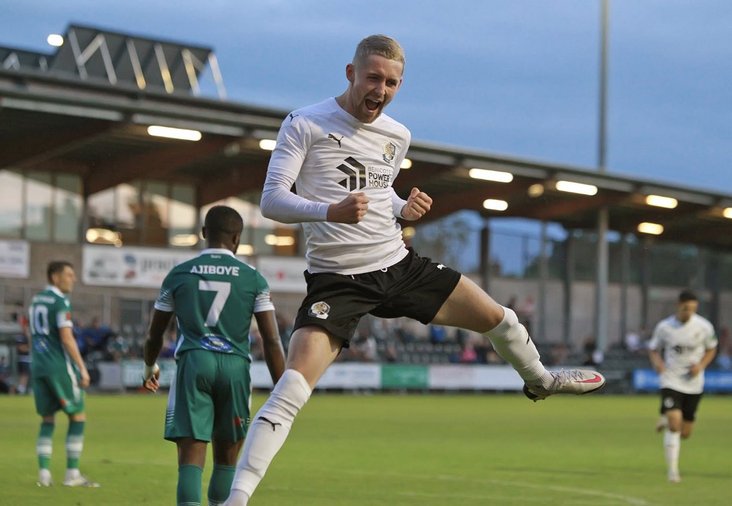 He’ll be turning 35 two months until the new campaign, but don’t be fooled into thinking his bones needed the rest the pandemic provided.

Robinson is not only obsessed with the National League South, but with hitting the back of its clubs’ nets.

But his plan is to make this season his swansong in a division he has owned for the best part of ten years. 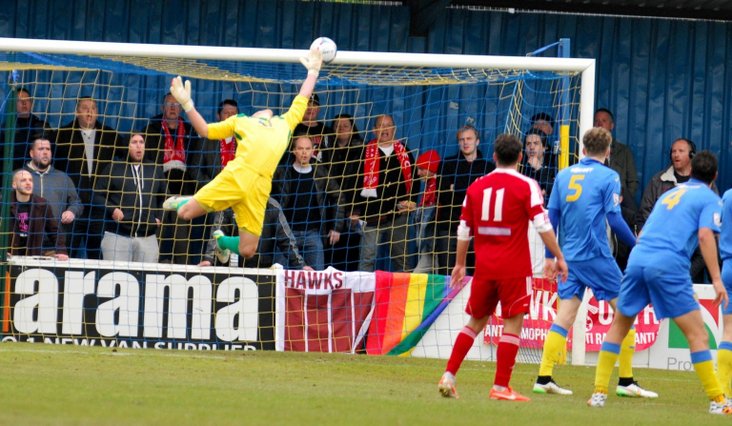 “Not just the goals, but I love how it’s set-up - it’s so competitive and the location is great. It’s really good having a lot of tight knit clubs. Clubs with history, it’s a great league.

“The talent here increases every year. I’m lucky to be playing in it.

“Having played there, I think we have a squad that would be ready to go at that level - but it’s not as easy as that. We’ve got to prove our worth. 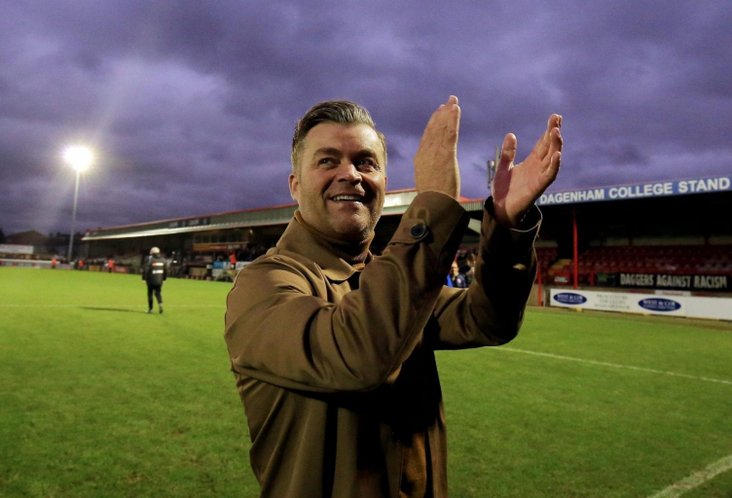 “But this is the most excited I have been going into a season for a very long time.”

The lure of linking up again with Steve King proved just too irresistible for the striker.

“It was always going to be tough leaving Billericay, and deciding where next was a big decision for me,” he explained.

“Coming to the latter years of my career shall we say, I wanted to make sure I was going to be playing in a team that was competitive, and a team who played the right way. 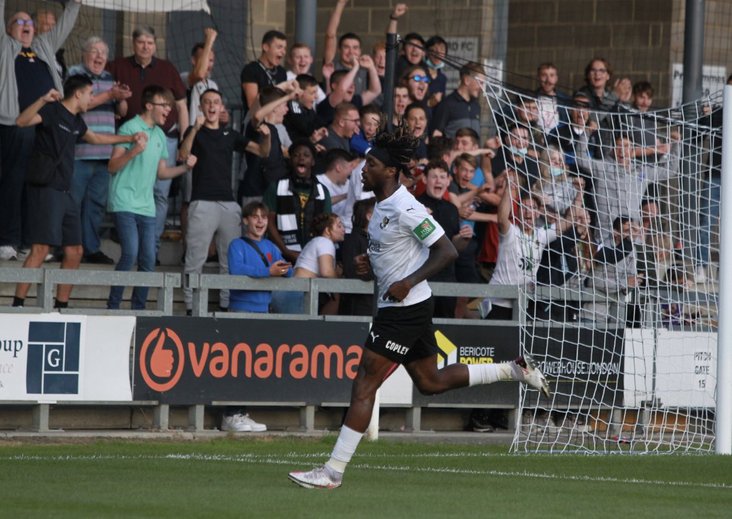 “I wanted them to suit the way I play, at my age I don’t want to be learning a whole new game!

“The manager was a massive one for me.

“You think ‘if I’m going to be playing for Steve King, I am likely to be up there’ - that’s a big thing for any player.

“Everything we discussed in the summer, I’m already seeing. He always puts together a very talented group of players, but we have seen before, sometimes that’s not enough. 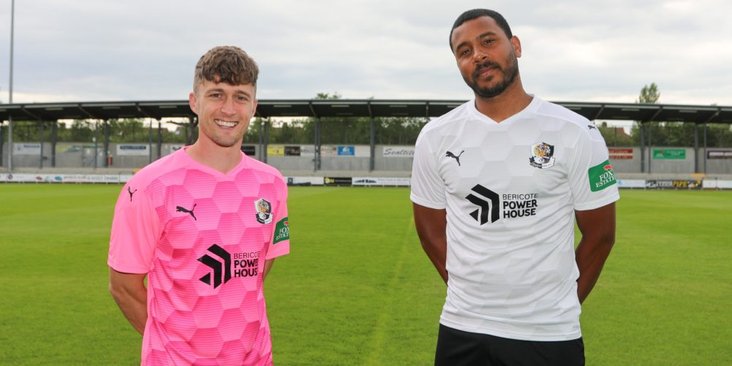 “Your manager has got to have that secret ingredient. He looks at people’s personality and characters.

“He goes to a game every night, he knows the players and the level better than anyone. He went to watch AFC Wimbledon last Friday because we were playing them in pre-season!”

Reading a lot into pre-season is a fools’ game of course, but you can’t fail to be impressed by results and performances. 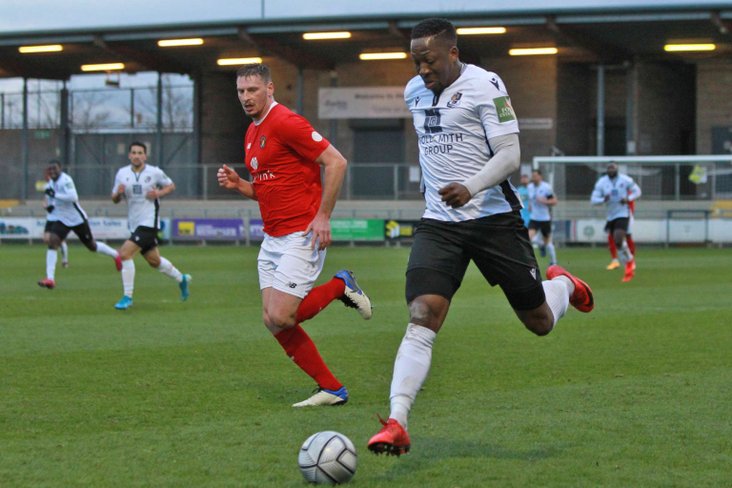 It’s all eyes on St Albans City on the opening day and Robinson knows they will have company up the top if they can put another promotion push together.

“The performances have been really pleasing, we are already getting that attitude that people are starting to believe this could be a special season,” he said.

“I was speaking to one of the other players this afternoon as we named a starting 11 of players who didn’t start when we beat Sutton United on Tuesday that could get into the play-offs in the National League South.

“The depth and quality is the highest I have been involved with. We’d be doing ourselves an injustice if we said we weren’t looking to try and win promotion. 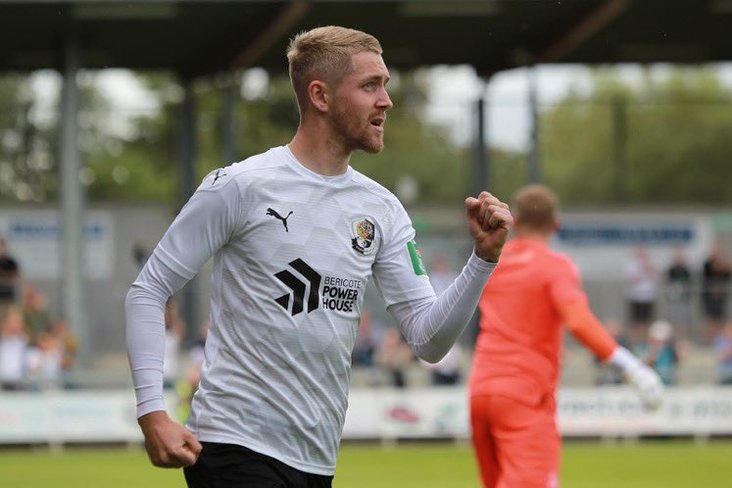 “It means nothing now, but it couldn’t have gone better for us so far in pre-season.

“This league will be tight this year. A few clubs who weren’t up there last year - the likes of Maidstone United and Havant - look like they will be this year.

“Some of the underdogs will also think they can have another go, too but we just can’t wait to make up for some lost time and get going.”

 Wet Lettuce Is Now Off The Huish Park Menu Next Season! Yeovil Town are shaping up well ahead of the big kick-off but manager Darren Sarll says he’s determined not to be watching wet lettuces next season!

More Deals Done As The Big Kick-Off Gets Closer And Closer  The clock is ticking until the start of the new season and with August just days away, the finishing touches are being put on squads.