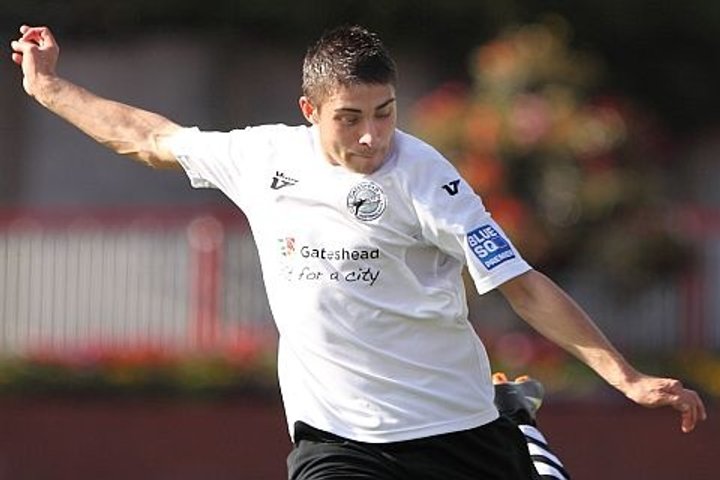 Gillies, 26, has been signed on a permanent basis by Darlington manager Martin Gray, who rates the former Carlisle United player very highly.

“Josh has got plenty of experience for both Gateshead and Carlisle United in the past,” said Gray. “He is a major signing at this stage of the season, and has come highly recommended by several people. I rate him in the same calibre as Phil Turnbull, and I think he’s a player that will go back to playing at a higher level, hopefully with us.”

Gillies started his career in the Ebac Northern League at Sunderland Nissan, before moving on for brief spells at Newcastle Blue Star and Blyth Spartans.

He then moved back into the Northern League to Whitley Bay and then on to Gateshead, and was top scorer with 15 goals for them in season 2012/13, earning a call up to the England C squad.

He scored 4 times for the Heed in twenty-three games last season. He would have played more games, but was hampered by a shoulder injury.