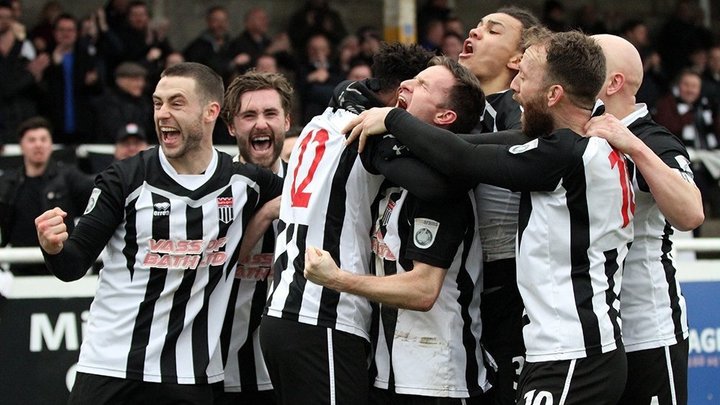 Jerry Gill says his Bath City side will have to be perfect for the remaining four games if they are to gatecrash the National League South play-offs.

The Romans’ top seven hopes were dealt a big blow last weekend with defeat at Wealdstone.

They currently sit seven points adrift of the play-off places ahead of Saturday’s home game against Hungerford Town.

With just 12 points left to play for, Gill knows his side will have to win all four remaining fixtures to stand any chance of finishing in the top seven.

"We dominated the game," the boss told Somerset Live after the Wealdstone defeat. "It's hard to take this one. We didn't deserve to come away with nothing.

"We've got to win every game now," Gill said. "Win four games and see where it puts us. I wanted to win five out of five. Will it be enough? I don't know.

“We've got to pick ourselves up, which seems difficult at the moment," Gill said.

"I've got to be at the front of that and making sure I'm positive next week, trying to lift the players going into the Hungerford home game."

 Quinton: It's Results Over Performances From Now On Braintree Town boss Brad Quinton says all that matters is the points on the board for his side as they look to make the play-off places.