No Rusk And Reward For Stockport As County Sack Simon 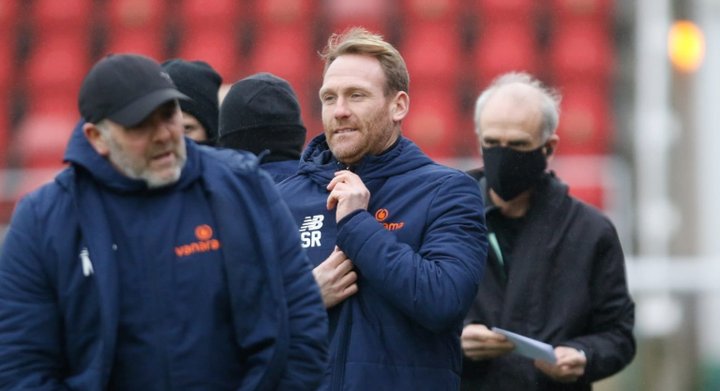 Stockport County have dispensed with the services of manager Simon Rusk, the club have announced.

The former Brighton coach took charge in January but the club fell just short of their promotion goal, losing in the play-off semi-final to eventual winners Hartlepool United.

But following last night’s home defeat to Barnet, the club have made the decision to go in another direction. It followed Saturday's loss at Notts County.

The club - who have invested heavily this year - sit tenth in the Vanarama National League table.

Their statement read: “Following a difficult start to the season, the board have made the decision to part company with Manager Simon Rusk.

“Simon will leave the club with immediate effect alongside Assistant Manager Mark McGhee, as the club restructures its coaching staff focused on future success and progression.

“We would like to thank Simon and Mark for their hard work, integrity, and dedication to the club during their tenure, including last season’s 18 game unbeaten run.

“In the interim, First Team Coach Dave Conlon will take the helm, with the support of the wider coaching staff.”

 Unibet's Vanarama National League North & South Preview For many managers, October turning into November officially marks the time of year when the tables are starting to give a real and honest reflection.