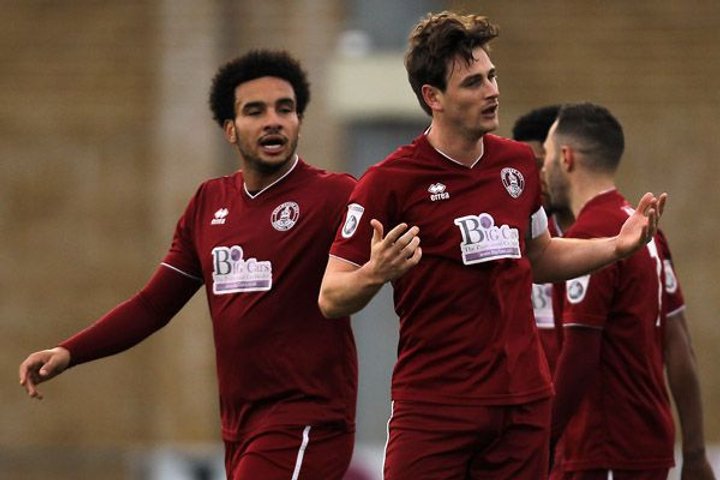 Chelmsford City have announced that midfielder Anthony Church has signed a new contract for the 2018/19 season.

The former Boston United and Grimsby Town player spent a number of seasons playing under current City boss Rod Stringer while at Bishop’s Stortford, scoring 13 goals from 100 appearances in all competitions for the Hertfordshire side.

The experienced midfielder immediately became a fan-favourite at the Melbourne Community Stadium as he made himself a permanent fixture at the heart of the City midfield.

In his first season since returning to the Clarets, the City skipper made 43 appearances and scored five goals as City won the BBC Essex Senior Cup, took Vanarama National League side Tranmere Rovers to a replay in the Round of 16 of the Buildbase FA Trophy and reached the Promotion play-off final against Ebbsfleet United.

Church continued his fine form into the 2017/18 season and - bar a short spell on the sidelines due to injury - held onto his role as captain and made forty appearances and scored once as the Clarets reached the play-offs for a second successive season.

Bignot & Harris Latest To Leave New Bucks Head  AFC Telford United have confirmed that Paul Bignot and Bob Harris will not be offered new contracts for next season.