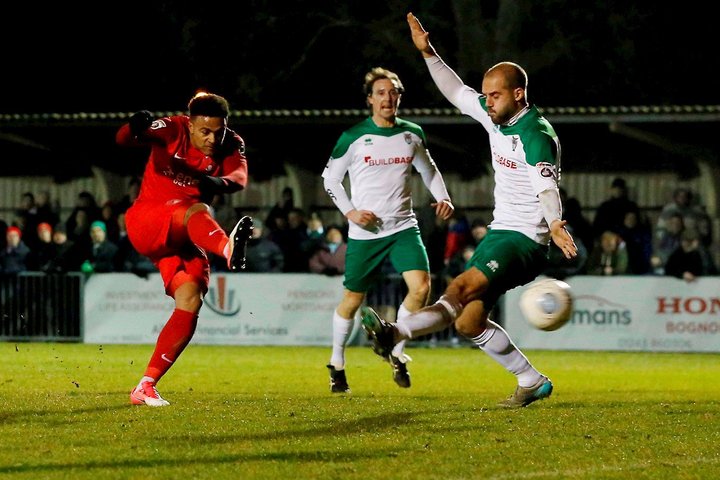 Bognor Regis manager Jack Pearce thinks if his club can show the spirit they did against Leyton Orient on Saturday then they’ve got every chance of a second National League South season.

The Rocks went down 2-1 to the O’s - but took the east Londoners all the way to extra time after both clubs agreed to decide the tie on the day.

Bognor looked good for long periods and their fans will think there’s no reason why they can’t climb away from trouble.

Pearce wouldn’t disagree, and after levelling in the 89th minute to force an extra half an hour the veteran boss knows there’s enough spirit in the camp.

Bognor haven’t won since November and next face a home match with Bobby Wilkinson’s Wealdstone.

He said: “It’s a big shame we have ended up losing what was a tremendous FA Trophy tie.

“We gave a very good account of ourselves and this bodes well for the next few months. We pushed a really strong full-time Leyton Orient side all the way.

“We showed character and the players have given everything, we’ve just not been able to convert our chances when they’ve arrived again.

“If we can play like that for the rest of the season then we give ourselves a fighting chance.”

 Keates Obtains One Of His Main Loan Targets Wrexham manager Dean Keates has moved to bring in on a long loan one of his targets, with Scott Quigley joining from SkyBet League One side Blackpool for the rest of the season.

Game Off......  Following a further period of heavy rain, and despite the best efforts of the grounds team and volunteers, tonight`s match in the Vanarama National League South between Poole Town and Chippenham Town has been postponed due to a waterlogged pitch.