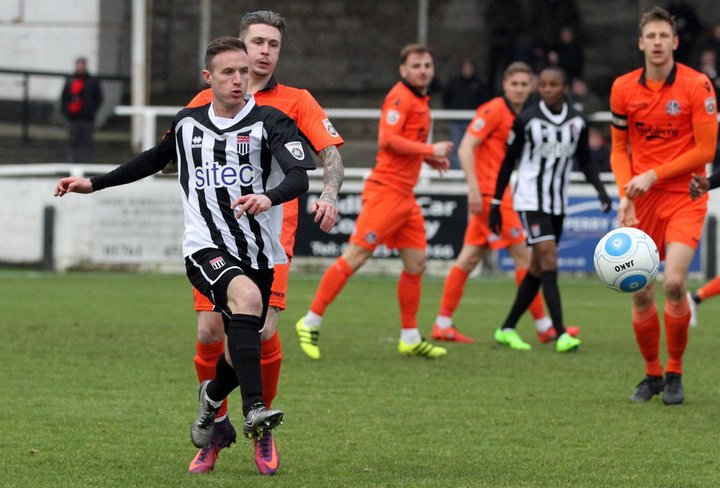 Bath City boss Jerry Gill says a large number of changes were inevitable as he tries to put his stamp on the club.

Gill, who has been in charge since October, saw his side pick up a useful point against high-flying Truro City on Saturday.

The Romans have won just one of their previous five fixtures and have failed to score in four of them.

Gill admits there has been disruption as he looks to get things right but sees the Truro result as a building block going forward.

"When I came into the club I said we were going to change the philosophy, we were going to be a team that moved the ball with some purpose, today we've done that,” Gill told the Bath Chronicle.

"We all know where we're short and we haven't been able to score a goal, but that's been highlighted since I've come in. I inherited three strikers that have left the football club who didn't score any goals, and that's why they've left.

"It's a different product that I'm looking to bring in and what I can't do is bring in something ad hoc, something that I'm going to jump into.

"People say there have been lots of change and disruption, there has, but it's been for good reasons. It's really positive stuff in my mind. It's building blocks and we know where we want to be.”

 Ebbsfleet's Derby Delight Tastes So Much Sweeter Derby games often mean more than most, but for Ebbsfleet United their win at Maidstone United was extra significant.

Bolarinwa Returns To Sutton On A Permanent Basis  Sutton United have secured the services of attacking midfielder Tom Bolarinwa on a permanent basis from SkyBet League Two side Grimsby Town.