Danny Doing Things Differently To Get His Shots Soaring

It took next to no time to realise this close-season catch up with Danny Searle wasn’t going to centre around Aldershot Town’s hopes and fears ahead of the new campaign. It quickly went deeper than the big kick-off.

We were about to get a closer study of the man, his methods and the madness of putting football results over people.

There was plenty of time for talk of blueprints and his culture crusade to help make the club competitive.

They are doing things differently, and have a manager who has a clear perspective of the bigger picture - on and off the field. 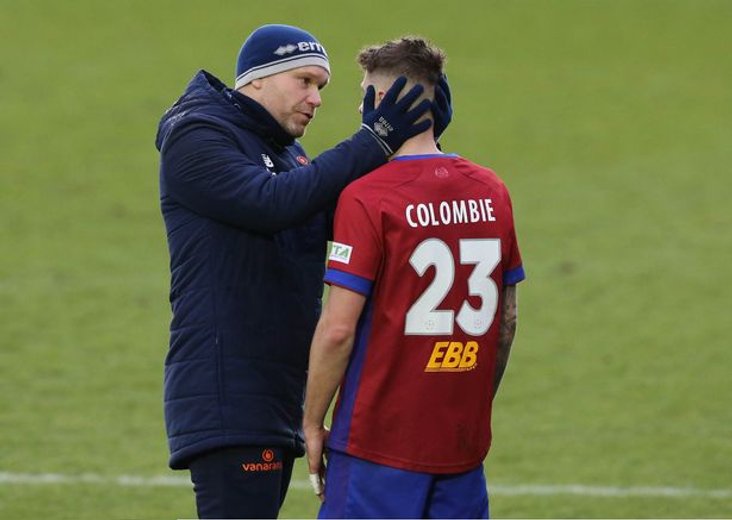 “I always wanted to go into management,” the former Braintree Town boss told the National League's Oli Osborn. “But I wanted to do it my way, and I think we’re getting there.

“Players are phoning us up now, saying they have spoken to others who loved playing here and listened to how we made them better.

“I genuinely believe we can do it the right way.

“I’ve had people say to me I’m too nice, that I put players first and talk to them like people. That’s how I am going to do it - if someone thinks it’s not the right way, then they’re not for us. 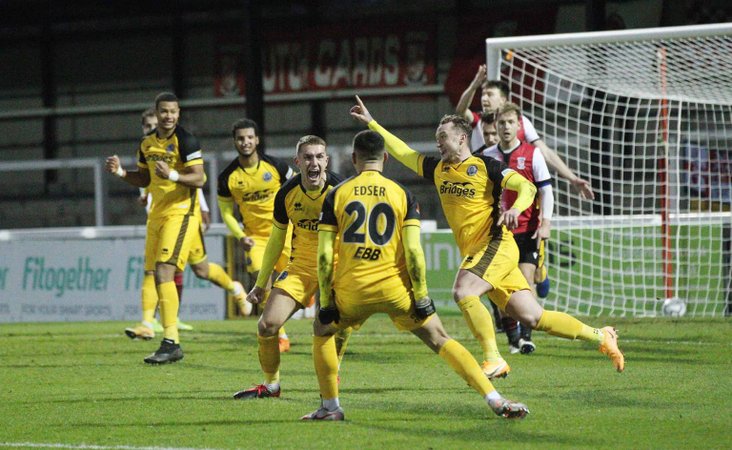 “If you can have that relationship you can create a mentality, and who knows what you can achieve.

“I’m the person I am today because of the family environment I grew up. We’re caring and supportive people, we try and do the best for everyone.

“In the world we’re in today, there’s enough going on out of our control. If people feel they have someone they can rely on, then you can do anything you want to.”

His outlook comes from the bad places he has been in before. 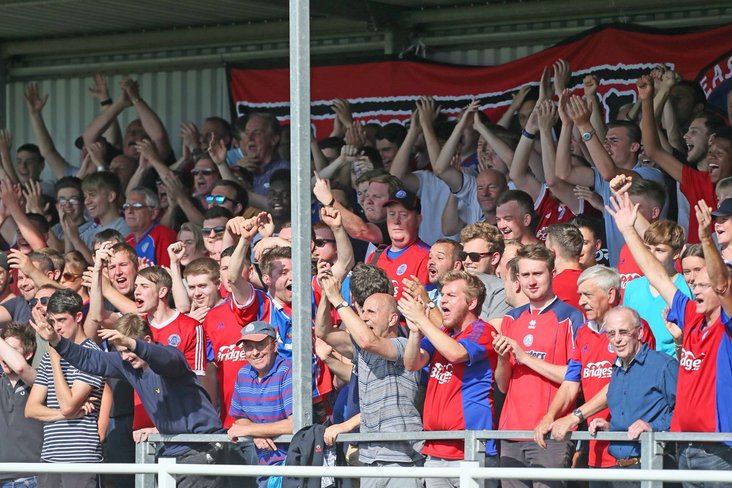 Searle candidly accepts he struggled not so long ago and won’t let anyone suffer on his watch.

“I have had mental health issues myself,” he explained. “I’m not afraid to admit that. Maybe a few years ago I would have been, but I’m not now.

“I don’t see it as a weakness. Everyone has to deal with it at some point, so to be there for people - doing all you can - is so important because I would like to think that if the shoe was on the other foot, people would be there for me.

“I spent two hours on the phone on Thursday negotiating with players to go to other clubs, players that weren’t quite ready for our level. They haven’t got agents and don’t know how to do things. 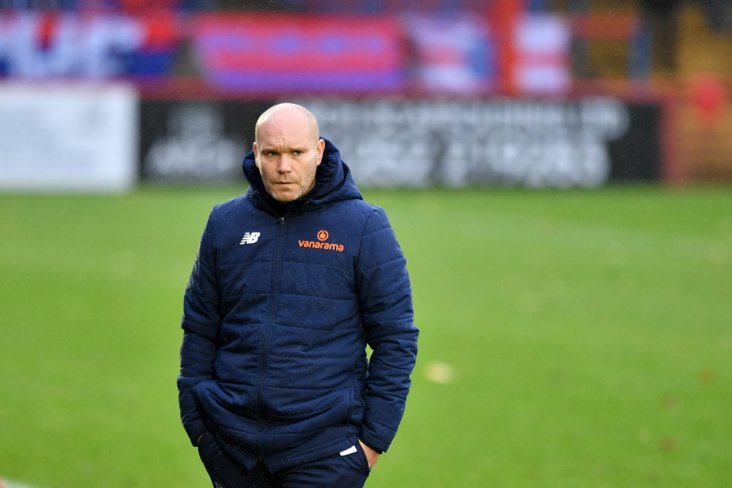 “If more people had that mentality, football would be a better environment. We need to create a culture.

“There are lots of other people who do that, but if I can give a bit back then that’s what I’ll do.”

To make coming into work every day a pleasure is part of his big plan.

But the Shots boss, who only failed to guide the club to a top half finish last season after a difficult final few weeks, knows it also needs to be a winning mentality. 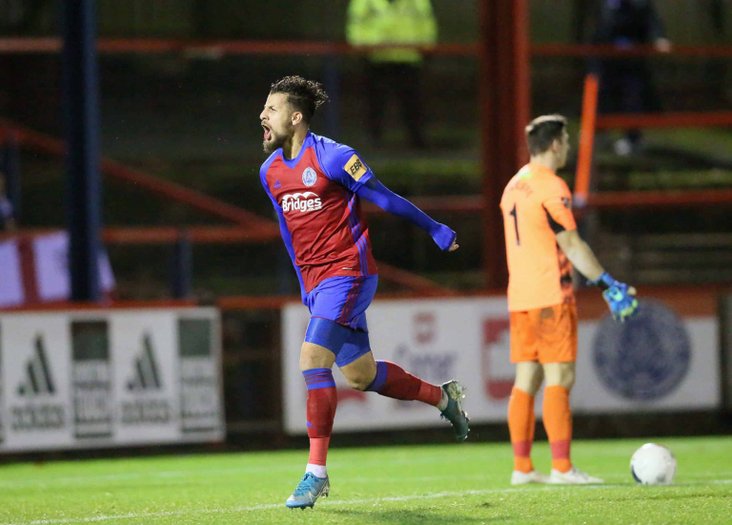 “We’re big on environment - we want to create an elite environment as much as we can,” he adds. “Myself and my staff have all been lucky enough to have had that, and we’re trying to bring that here.

“We’ve now got a training base, a home - and it gives us a chance to drive the standards.”

The past, though, is just as important as the future.

The club’s darkest hour in 1992 may be nearly 30 years ago now but nobody is in the mood to risk a repeat. 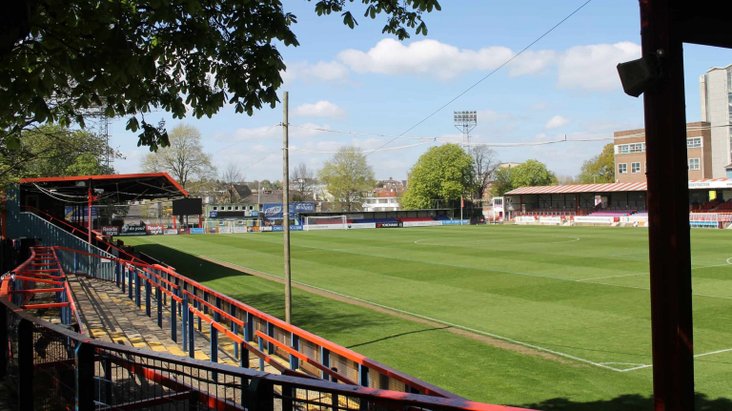 Searle said: “This is a phoenix club remember, and the key thing is for what happened to Aldershot to never happen again.

“The club’s security and stability is at the forefront - I buy into that, I appreciate it ties our hands a bit financially. But I always keep in mind that it’s a lot harder to manage a club that doesn’t exist.

“We’re building, but we’re trying to stay debt free. We can only do that by spending money we can afford to spend.

“Players get a rough wrap. They get called money grabbing, and I feel sorry for them a bit. In no other industry would you question it. 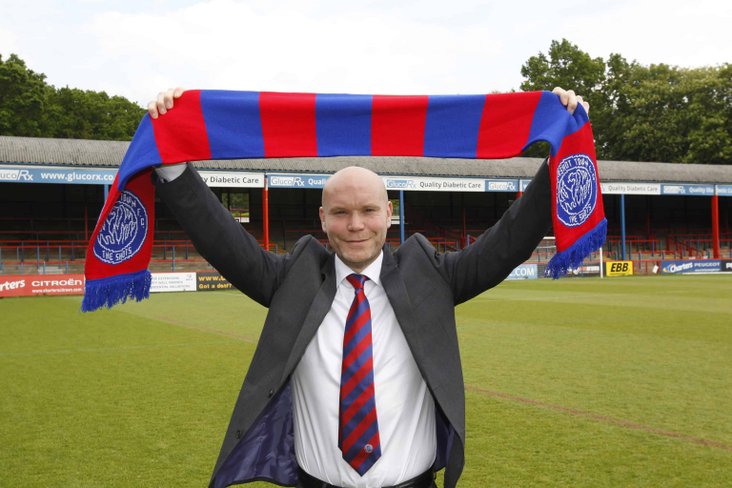 “It you worked for Barclays earning £50,000 a year, and HSBC came along and offered you £80,000 there’s not a person you know who would tell you to stay and be loyal because they have been good to you.

“The bottom line is that people have careers, mortgages, families and lifestyles. As long as it’s done in the right way - look at the classy way Jack Grealish left Aston Villa.

“Our biggest selling point is our environment, and the fact we’ve proven we can make players better.

“You can see that with the moves the players have had and what they have gone on to do. That’s an asset, that platform is there for all to see. 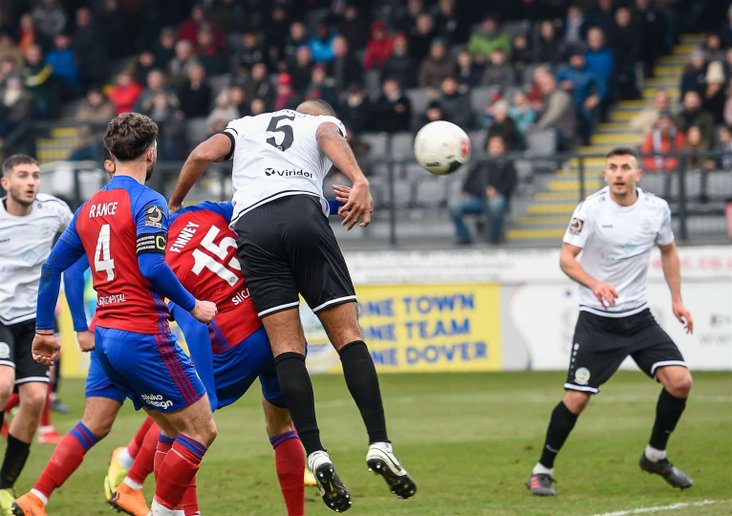 “Can we now maintain that reputation while we keep a nucleus where players think they don’t need to leave us because they’re achieving their goals at Aldershot Town? I hope so.”

The manager added: “There was a lot of talk about the play-offs for us last season.

"For me, it was a little far-fetched to a certain degree - the whole thought process was about making progress on the season before, which we did.

“We have to be realistic. Our chairman has gone public and said we’re going to have probably the lowest budget we’re ever going to have at this level, but I think with what we’ve got, we’ve recruited really well.

“We would love to make progress on what we did last year. The crucial thing is that we’re a National League football club come May 2022.”

 Rhead Warns Reds Are Ready To Put In A Promotion Charge Alfreton Town are together and ready to be involved in the National League North promotion shake-up, new striker Matt Rhead warns.

Finishing Touches Added As The Big Kick-Off Looms  The fine-tuning is nearly complete as the countdown to the big kick-off really begins.