Cowan: Bucks New Boy Knights One Of Best In The League 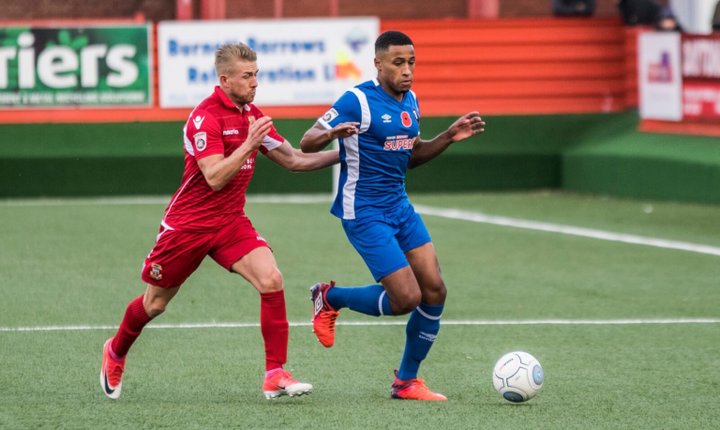 Darryl Knights is to stay in the National League North after AFC Telford United won the race for his signature.

Knights played for Tamworth last season but his best efforts couldn’t keep the Lambs in the league.

He scored ten goals for the club and the versatile attacker will be hoping to bring that form to the New Bucks Head.

New manager Gavin Cowan was quick to convince the former Kidderminster man to play for the club next season.

“To play for a club like AFC Telford United was too good to turn down,” Knights said.

“Gav has always been someone I respect having won promotion with him from this league and I just can't wait to get started.

“With the vision that the gaffer has presented I know we will be competitive next year and do the supporters proud!"

Cowan said: “I’m over the moon to sign a player of Darryl’s quality. His intelligence and ability will be massive in tight games and he knows how I want to play inside out.

“On his day he is one of the best players in the league in his position, it’s now up to me and Darryl to make sure his day comes regularly!”

 Rocks Make Move For Blake As He Becomes Coach After finishing bottom of the Vanarama National League South, Bognor Regis Town have brought in Robbie Blake as a first-team coach.

Doswell's Delight As Most Of Squad Are Signed For Next Season  Sutton United boss Paul Doswell has spoken about how satisfied he is that most of his squad from this season are signed for the next campaign.