Clarets Go Batt To The Future As They Snatch Swaine 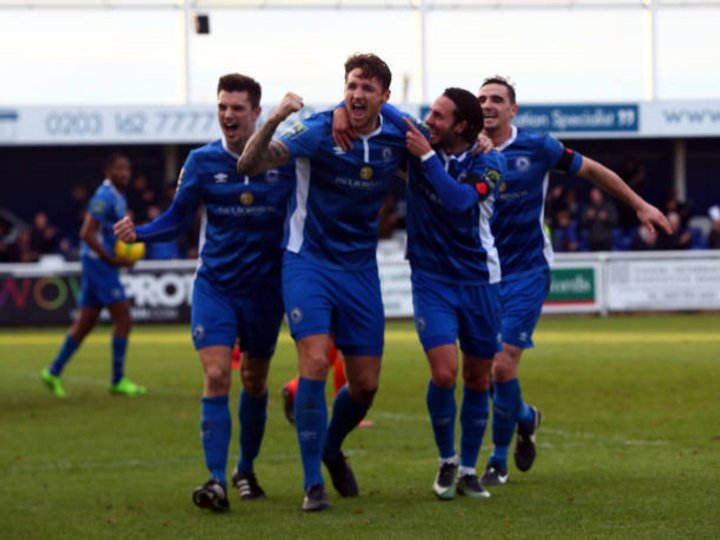 And in a busy 24 hour’s for the club, striker Shaun Batt has confirmed he will be pulling on the shirt again.

Centre-back Swaine signs from Essex rivals Billericay Town and will be looking to make up for lost time.

The former Bromley defender played at Melbourne under Glenn Pennyfather and his new manager is pleased with how the City squad is shaping up.

There may be one or two more additions to come but Rod Stringer is content with his business so far.

“We think things are coming together, we have to be pleased with where we are at,” the Clarets boss told us.

“We know what Rob will bring - power, organisation and experience. It’s great to have him on board.

“The squad is looking good, and we still have a little bit of work to do but the signings I am delighted with so far.

“We still need another forward and maybe something our wide but we will have to see where we are with those.”

But Stringer has explained that he is playing a waiting game.

The manager added: “He lives in the north east but his girlfriend is based not far from Chelmsford. That’s why he came here in the first place.

“He’s got a decision to make. If they go for it and he moves down south then he’s said we would be the club he signs for and that’s great.

“With a bit of luck true love might blossom! He’s got some offers from up north too, so we’ll see what happens.”

Chester To Get £1m Windfall As Fan Donation Is Agreed  Entrepreneur Stuart Murphy will be investing £1m in Chester, the club has tonight announced.