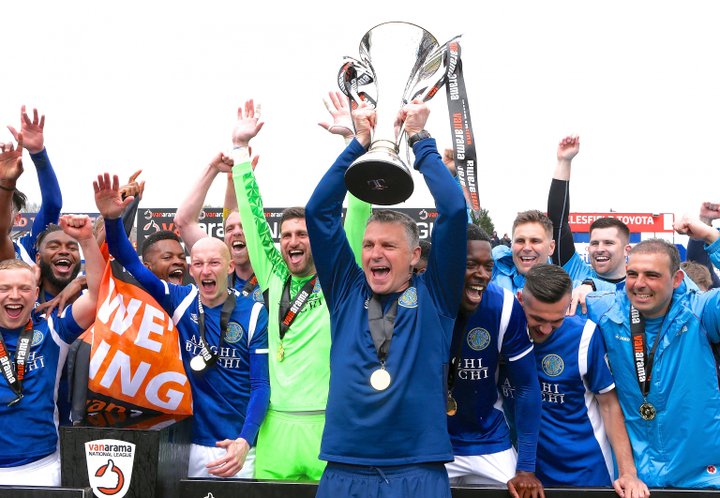 This season’s National League’s title winning manager has earned himself a new job.

Champion John Askey has been confirmed as the new manager of Shrewsbury Town.

He has been a part of the club for many years in various roles since he first arrived at Moss Rose as a player in 1984.

He told his new club's website: “It’s all happened so quickly, but it’s a great move for me. Last season you had a great season and it’s whether we can reproduce that again. Obviously, we will be trying our best and I am looking forward to it.

“It’s a big wrench to come and it had to be something special for me to come. I’m really looking forward to the challenge and testing myself.

“Everything’s set-up to do well. Obviously you’ve got a great Chairman and everything I hear about the club is good, whether it’s from players or whether it’s been from managers, so that’s the reason why I’ve come.”

The League One Shrews missed out on promotion to the Championship on Sunday following play-off final defeat to Rotherham United at Wembley.

Askey’s stock rose considerably after taking Macc up, telling us after securing the title at Eastleigh that this season’s achievements were the greatest in his career.

He spoke of the “special bond” with the fans - but now a new chapter must begin.

He is the third member of the title winning Macc team to depart after players Shwan Jalal signed for Chesterfield and Salford City swooped for midfielder Danny Whitehead.