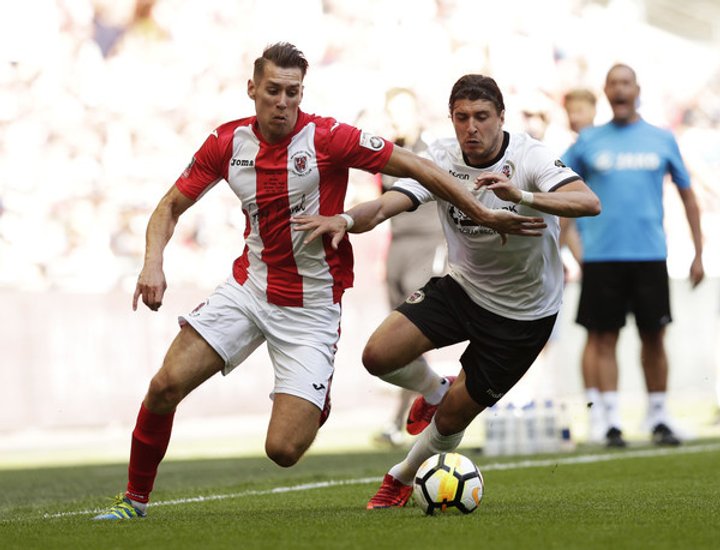 The 21-year-old is no stranger to English football, having previously played for Peterborough and Eastbourne Borough.

Manager Neil Smith told the club’s official website of his delight at getting this one over the line.

He said: “I’m really pleased to have Tobi on board. He’s been playing out in Ireland and we’ve had some fantastic reports on him.

“I like him as a player, he’s an attacking right-back who likes to get forward, but at the same time is solid defensively.”

Adebayo-Rowling previously made a handful of league starts for Peterborough before leaving in 2016.

He subsequently made his move to Ireland originally with Sligo Rovers where he spent two seasons before signing for Cork but told the club’s official website of his eagerness to get started this campaign.

“I’m really excited to get started with Bromley. It’s a great club with great facilities and one which is definitely on the up. I can’t wait for the upcoming season.”

 Double Deal For Salford As Ammies Go On The Attack Salford City have completed a double swoop this morning as they look to add firepower for their first season in the National League, writes Tom Scott.

We're Nearly There Still Managerless Barrow Tell Fans  Barrow fans can expect to discover the identity of their new manager soon, the Bluebirds have confirmed.