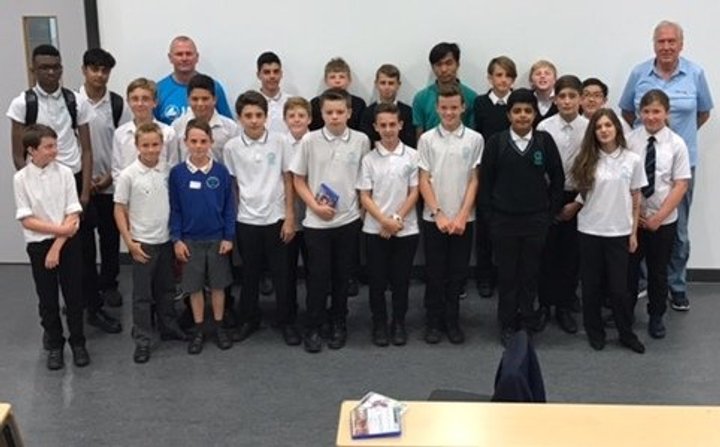 Manager Alan Dowson and his team have been busy spreading the word about Hampton & Richmond Borough to the people in the town and beyond.

Dowson and coach Martin Tyler visited pupils at Hampton Academy to talk about all things football.

“The school would like a stronger link with the club, which is what we’re all about,” said Dowson, who this week began easing into his full-time duties as manager.

Community links are high on his agenda, and that was underlined last Saturday when he and the players went straight from a training session in Carlisle Park to the summer fair at Dowson’s old school, Weston Green Primary, in Thames Ditton.

The players were good value for their appearance, teaming up in the tug of war and joining in the beat the goalie competition.

Where time allows from his primary role of preparing the team for next season, Dowson is keen to create links with schools, youth groups and others.

End Of An Era At Oxford City  One of the longest-serving club officials in the country has announced he is standing down.