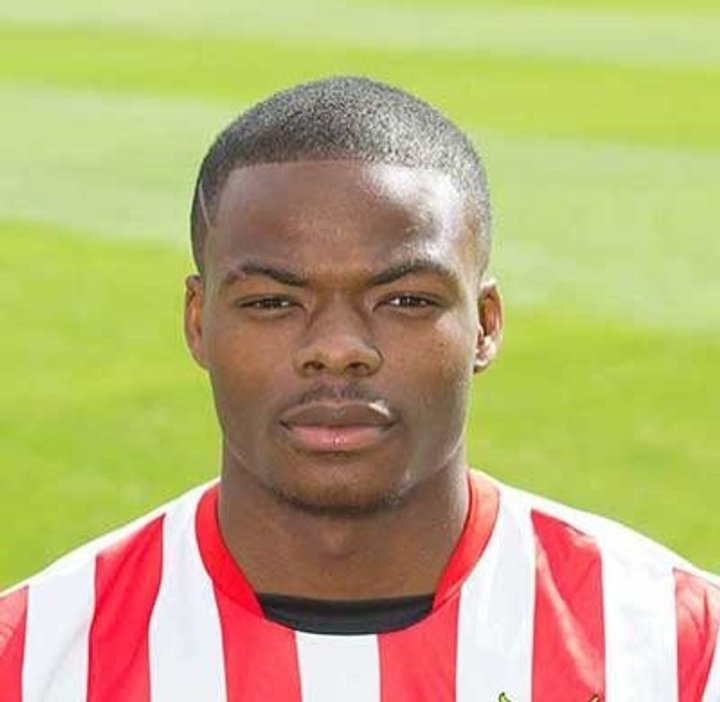 Both have agreed loan deals at the club and will remain at Clarence Park until January 2017.

Johnson made Stevenage history when he made his Football League debut on the final day of the 2013/14 season against Brentford at the age of 17 years and 215 days.

The young defender only joined the club in 2013 from West Brom on a two-year scholarship. However, his impressive performances with the under-18s and first-team saw him rewarded with a professional deal a year early and he has subsequently made a dozen senior appearances and also had a loan spell in the National League with Boreham Wood.

He has three caps to date for the Northern Ireland under-21 side.

Akinyemi (pictured) signed his first professional deal with Stevenage in the summer of 2015.

The 19-year old striker struck six times for the under-18s in the second half of the 2014/15 season after signing from Evo-Stik League Southern Division One Central outfit Potters Bar Town.

He went on to play fifteen times for Boro`s first-team, scoring his only pro goal to date against Newport County.

Last season saw him spent time out on loan in the National League with Aldershot Town, Southern Premier with St Neots Town and Ryman Premier for Dulwich Hamlet, where he netted 5 goals in five games.

 Aldershot Appoint Youngest Director Aldershot Town have appointed the position of chairman of The Shots Trust to its Board of Directors – making current chairman Tommy Anderson the youngest Director of a professional Football Club in Europe.

Former Robin Joins Tigers  Vanarama National League North club Gloucester City have made another addition to their squad ahead of their final friendly of the summer against Newport County at Cinderford Town tonight.