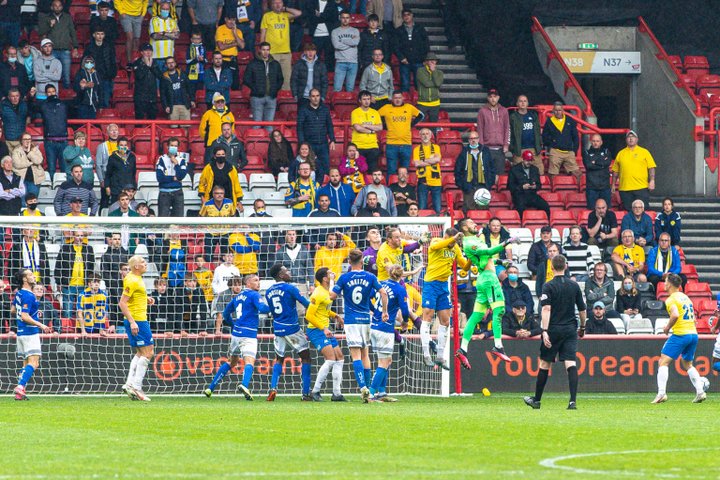 Join us live from Ashton Gate as we bring you all the action from the Vanarama National League Promotion Final between Hartlepool United and Torquay United.

FOUR YEARS That's how long it's been since Hartlepool United have been in the EFL.

Dave Challinor bags a fifth promotion as a manager. 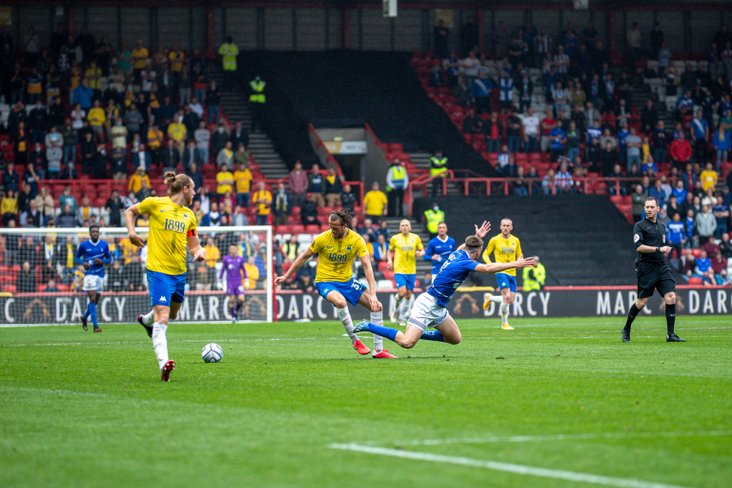 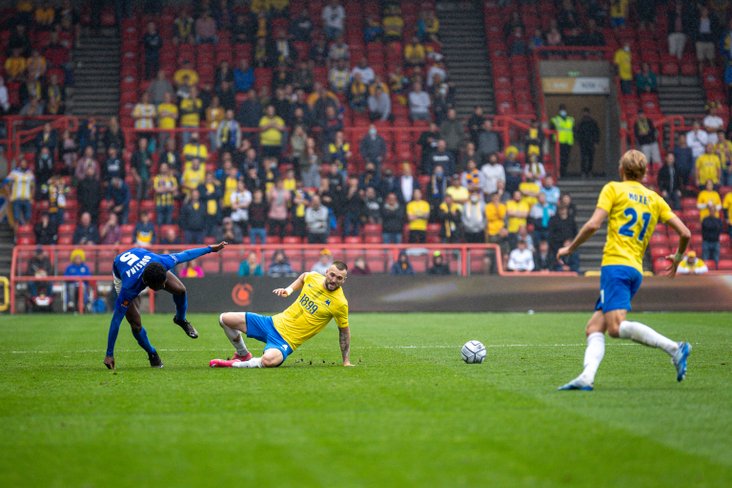 GOAL! Francis-Angol puts the Pools ahead (4-3) 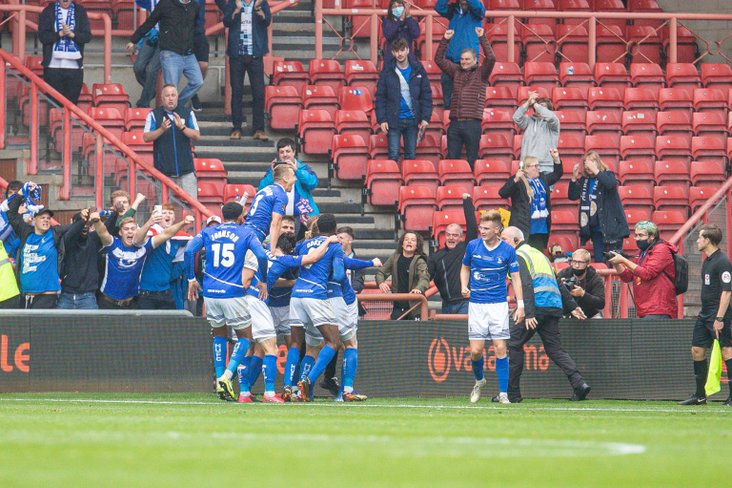 GOAL! Armani Little makes it level after five each and we're in sudden death (3-3)

GOAL! Luke Molyneux scores and it will be all over if Torquay miss (3-2) 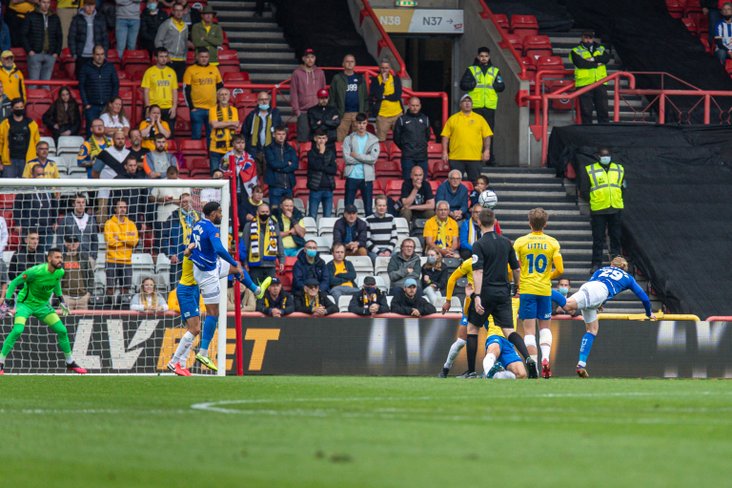 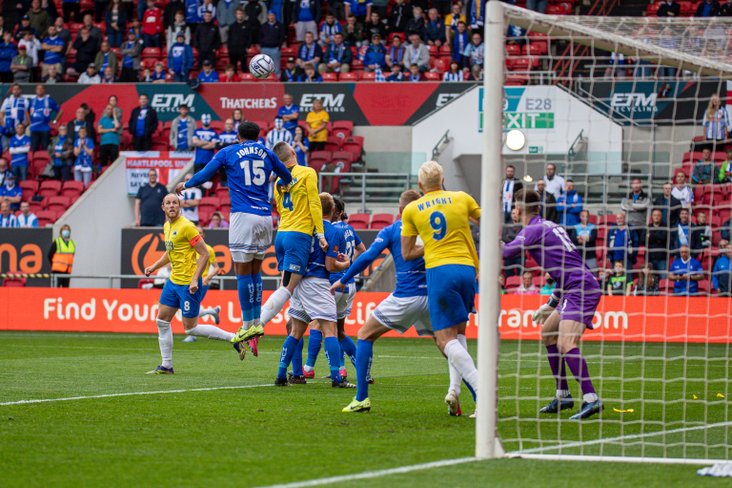 GOAL! Asa Hall levels it up after three penalties each (1-1)

GOAL! Shelton opens the scoring in the shootout (1-0) 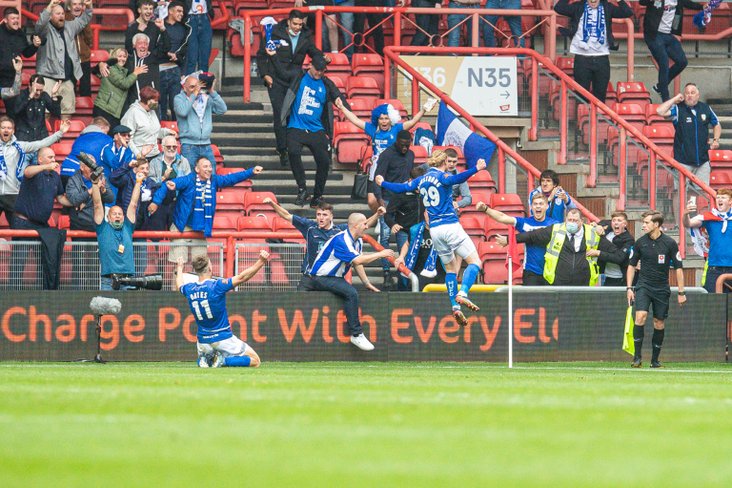 16:51 - SAVED! Covolan continues to impress and dives to his left to deny Featherstone. Waters next for Torquay!

16:51 - Hartlepool will take first and it's Nicky Featherstone.

16:45 - CHANCE Hartlepool have one last chance - a scramble in the box is almost turned home by Zaine Francis-Angol, but there's a block on it and it goes behind for a corner.

16:40 - A string of corners for Torquay as they look the most likely to get the next goal. Corner is headed over by Danny Wright.

16:22 - SUB Following treatment, Jake Andrews is taken off on a stretcher and replaced by Matt Buse.

16:19 - INJURY Jake Andrews has been down for some time here for Torquay. He's receiving lengthy treatment but is signalling he doesn't want to come off.

16:13 - CLOSE Billy Waters again tests Brad James. Danny Wright took the ball down and slipped in his teammate who got his shot off, but it didn't trouble the Pools' keeper.

16:02 - EXTRA TIME UNDERWAY We're off for the first of two 15 minute periods of extra time.

15:57 FULL-TIME That's that for the 90 minutes. We've got extra-time to come after that incredible equaliser. Goalkeeper Lucas Covolan cancelling out Luke Armstrong's opener for Pools.

15:54 - WHAT HAS JUST HAPPENED! Anything Allisson can do, Covolan can do better! The Gulls' stopper is up looking to cause a menace and does just that, nodding an incredible leveller late on!

15:49 - BIG CHANCE Torquay go close as a downward header from Danny Wright is turned over the bar by substitute Billy Waters.

15:45 - SHELTON GOES CLOSE Mark Shelton finds space in the area and gets a shot off. Lucas Covolan saves well and it's behind for a corner. The resulting corner is cleared to Holohan who threatens from range but gets denied.

15:38 - BOOKING Luke Armstrong picks up a caution for a late challenge on Dean Moxey.

15:35 - SUBS FOR BOTH SIDES Gary Johnson makes his first change as Torquay look to get back into it. Benji Kimpioka is on in place of Kyle Cameron. David Ferguson makes way for Hartlepool and Zaine Francis-Angol is on.

15:31 - SUB First change of the afternoon and it's for Hartlepool - Rhys Oates makes way for Danny Elliott as they look to protect their narrow lead.

15:22 - TORQUAY GO CLOSE Asa Hall tries a brilliant dipping effort from range but it narrowly goes over the bar.

15:19 - POOLS IN CONTROL Hartlepool have the upper hand despite the disallowed goal. They force another corner through Mark Shelton.

15:18 - GOAL RULED OUT AGAIN Kyle Cameron has another goal chalked off for a foul on keeper Brad James.

15:07 - NERVY A deep cross from the Torquay left is almost turned into his own net by Ryan Johnson, but it goes just wide. Moments later Danny Wright gets a shot off at Brad James' near post but it's easily saved.

15:05 - KICK-OFF Hartlepool's Mark Shelton gets us back underway for a huge second-half.

14:49 - HALF-TIME That's the first period and it's Hartlepool who take a narrow lead into the break thanks for Luke Armstrong's goal.

14:49 - WHAT A SAVE Lucas Covolan with an incredible point-blank safe from a Rhys Oates header. Oates beat Kyle Cameron to the ball from a corner but the big Brazilian gets a strong glove to it.

14:34 - GOAL! Luke Armstrong has Hartlepool head! Great work by the Pools' striker as he holds off his man six-yards out and smashes in off the bar.

14:32 - RANDELL GOES CLOSE Adam Randell gets a left-footed shot away just inside the box but it's tipped over by Pools' keeper Brad James.

14:26 - CHANCE Connor Lemonheigh-Evans turns nicely in the box to evade the defender but his shot is too tame to trouble Brad James.

14:19 - CHANCE Luke Armstrong again causing problems and gets a header in but Covolan tips it round the post.

14:15 - CHANCE Gavan Holohan goes on a run and slips in Luke Armstrong whose shot cannons off Joe Lewis and behind for a corner.

14:10 - Rhys Oates jinks through a few challenges for Hartlepool and gets a low shot off but Covolan is equal to it.

14:08 - NO GOAL Kyle Cameron thinks he's got the first goal of the game for Torquay but it's been ruled out for a foul in the box.

13:55 - Here we go The teams are led out onto the pitch to an incredible reception and we are minutes away from kick-off.

13:43 - Ashton Gate is jumping! The atmosphere has been cranked up a notch as the sides go back in after their warm-ups. Both are given a rousing reception as they head back down the tunnel.


13:30 - Kick-off is approaching - only half an hour to wait The day of destiny is here for both sides and we're now just half an hour away from the off. Both sides out warming up and the fans are trading songs.

Dave Challinor heard people dismissing Hartlepool as serious promotion contenders before a ball had been kicked, but they’ve proved the naysayers wrong.

“When you get results, belief increases, we’ve seen that week-by-week this year. But we have to go into Sunday with one thought in mind – we’re one game away.”

Gary Johnson feels promotion back to the EFL will be a culmination of all Torquay’s hard work since he took over three years ago.

“When we came in it became clear the place needed a lift and thankfully everyone got behind what we were trying to do. Now we’re one game away from taking the club back to where we all feel it should be.”

Both sides name unchanged line-ups from last week's semi-finals and the teams look like this:

The first few fans are in the ground as we await team news.

Dave Challinor’s side saw off Bromley in their Eliminator before beating Stockport County last Sunday.

Torquay still had slim hopes of the title going into the latter stages of the season but had to settle for second place.

Gary Johnson’s side beat Notts County in extra time last Saturday, with Danny Wright marking his comeback with a goal after 35 seconds.

The winners will join champions Sutton United in the EFL next season.

Stay with us here to find out who makes it!

 Pools Edge Nervy Shootout To Book A Place In The EFL Hartlepool United ended their four-year exile from the EFL with a penalty shootout win over Torquay United.