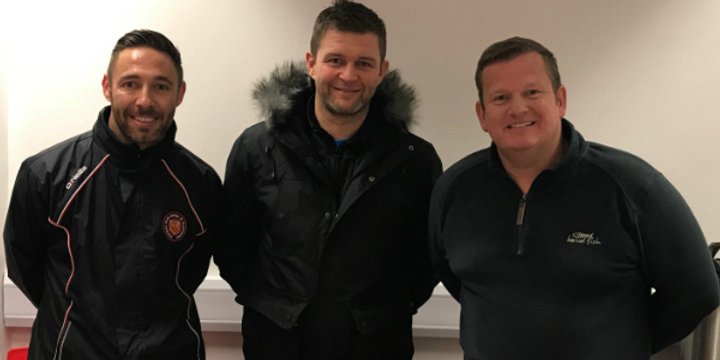 FC United of Manchester have welcomed David Chadwick back to the club to oversee player development, where he will head up Moston United as well as creating a pathway for academy players to flourish in non-League football.

His first appearance for the Reds was in its first ever competitive home game where he captained the side to a 3-2 win over Padiham.

Chadwick remained club captain until the end of the 2009/10 season, with his final match for the club away at Frickley Athletic in the FA Trophy in October 2011.

With Tom Conroy and Jack Doyle now involved with the first-team management team, a vacancy arose to work with the younger players at the club.

This was a great opportunity to revisit the role, so Chadwick will now head up Moston United as well as working with the academy players. He will also be responsible for developing a scouting system to attract young players to the club, and build relationships with other non-League clubs to provide the club`s talented young players with an opportunity to go out on loan and gain valuable non-League experience.

For the past eighteen months, Chadwick has been the development squad manager at fellow National League North side Chorley, leading their under-21s to the Galaxy Lancashire West league title last season, and this season their development squad have won all of their five matches.

A handful of players who have good prospects for the future have been loaned out to other non-League teams in the area to gain playing time for first-team squads. Others have represented the main team in both cup and league games this season.

FC United`s CEO Damian Chadwick told the club`s official website: “We are delighted to have Chaddy back involved with FC United. Having someone who knows the club so well, together with his experience of working with young players and the contacts he has in the non-League game, will no doubt be of huge benefit to the club going forward. The recent changes in the first team management has enabled us to look more closely in the football structure of the club from youth level through to first-team, and Dave will be instrumental in helping us develop this further”.