Big Deals Are Being Done As The Season's Start Gets Closer 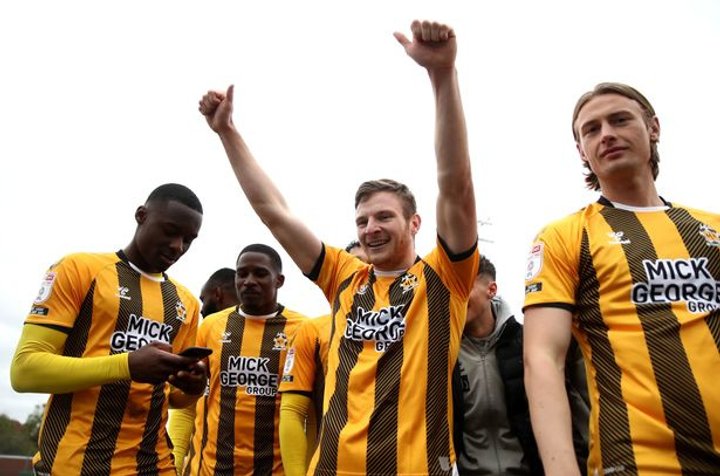 Time is ticking down until the start of the new season and squads are really taking shape with just weeks to go.

The race is on to get things perfect for the opening day and more big deals have been done this week.

Perhaps the signing of the summer so far was made on Friday afternoon.

Last year’s League Two player of the year, 26, was wanted by dozens of EFL sides.

But the lure of the Dragons new Hollywood owners Rob McElhenney and Ryan Reynolds was too much.

Mullin, who netted 32 times last season for Cambridge, said: “The ambition of the club attracted me here.

“Rob McElhenney gave me a call a couple of nights ago - he really sold the club to me. What they have planned for the club is magnificent and something I want to be a part of.”

Wrexham have added another strike and a defender - FC Halifax hitman Jake Hyde and Southend’s Harry Lennon have moved to the Racecourse.

They have also brought it winger Aaron Nemane from Torquay as Ed Francis also arrives.

The Magpies aren’t the only team to put their foot down over the past few days.

Torquay United have gone on a signing spree with seven new faces.

Bath City are moving in the transfer market - Elliott Frear will play for Jerry Gill next term, and so will goalkeepers Will Fuller and Harley Wilkinson.

But newcomers Southend have lost Timothée Dieng, who has signed for Exeter City.

AFC Wimbledon forward Corie Andrews will be on loan at Aldershot Town until January. The Shots have also welcomed defender Kevin Lokko from Harrogate Town.

Bolton Wanderers defender Reiss Greenidge has joined Barnet on loan for the season.

They aren’t the only club borrowing a player - Maidenhead United have signed Reading goalkeeper James Holden.

Tom Walker has re-joined Stockport County on a one-year deal.

Meanwhile it has been announced that Blyth Spartans legend Robbie Dale will come out of retirement to play for the club next season.

 Neal Will Need To Educate With Moors Move The Perfect Job It was more questions and raised eye-brows than Good Luck With Your New Job cards and congratulations when Neal Ardley took over at Solihull Moors.

Danny Just Can't Wait For The Hunger Games To Start!  When you have patiently waited this long for something, what’s an extra week on top?