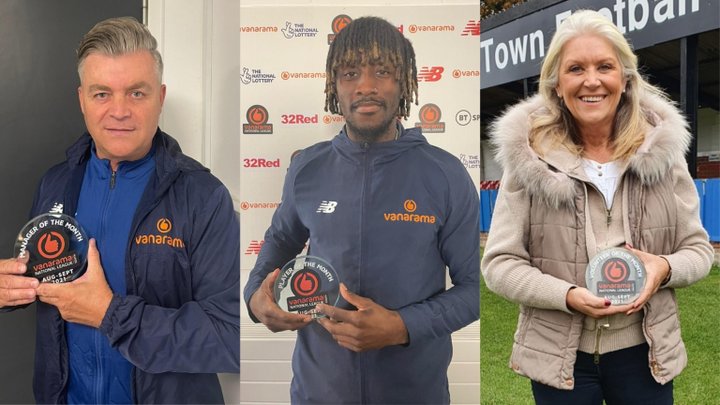 It’s time to reward those who have made a massive difference in the National League South - on and off the pitch.

Sometimes in football we can’t always agree, but there’s one thing that we can’t dispute two months in.

Steve King and the Darts of Dartford are absolutely flying.

The manager who always guides his teams to a promotion place really isn’t messing around.

In the FA Cup, Hythe Town and Maidstone were swatted aside and King’s team are living up to the hype.

Dartford already look like they are going to take some stopping this season.

So too does their lightning-quick forward Ade Azeez.

There’s so much more to his game than just goals, but he’s been pretty good at hitting the net so far.

With seven already, he’s averaging a goal every 88 minutes.

The worry for the rest is that the attacker and his team-mates are just getting started.

Where are you most likely to usually find the chairman’s wife on a Saturday?

The family of those at the top of the club usually can be found making full use of the hospitality. Not Nicky Chambers.

Hungerford Town’s 1st Lady can be found in the snack shack from 11am on matchdays - and that’s before she gets down to making sure the Crusaders players are well looked after.

Sorting the kit as well as bringing in the donations and sponsorship, it’s a real family affair.

Chairman Patrick couldn’t do it without her hours of dedication - and neither could the players and coaches, who she cooks for after the game has finished.

 National League's August/September Monthly Award Winners Revealed! It’s been an electric start to the new National League season - and now’s the time to honour those who have set pulses racing across the country.