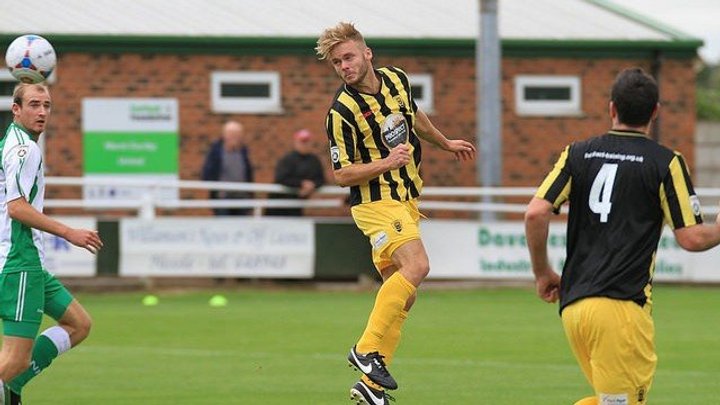 Matt Williams and Luke Hopper have left Hungerford Town after requesting their release.

Defender Williams (pictured) had only joined Hungerford from Evesham United in December and made ten appearances.

He has also played for Cheltenham Town, Bishops Cleeve and Gloucester City, who he has now re-joined until the end of the season.

Striker Hopper joined from Gloucester having played for the Crusaders previously.

He has made ten starting and one substitute appearance, scoring 3 goals.

Manager Ian Herring said: “Although accepting these requests, I asked Matty to give me time to find a replacement and hadn’t released him until the game was called off on Tuesday.

“There’s a lot of work progressing to improve us on the pitch and we will only sign players we believe will improve us in the short term, as well as long term. Things are starting to settle, and we will have some positive news soon, regarding signings”.

Something For The Weekend: Vanarama National League  The Beast from East has caused havoc this week and our clubs will be weather watching ahead of the weekend.