Who Will Make The Big FA Cup Headlines This Time Around? 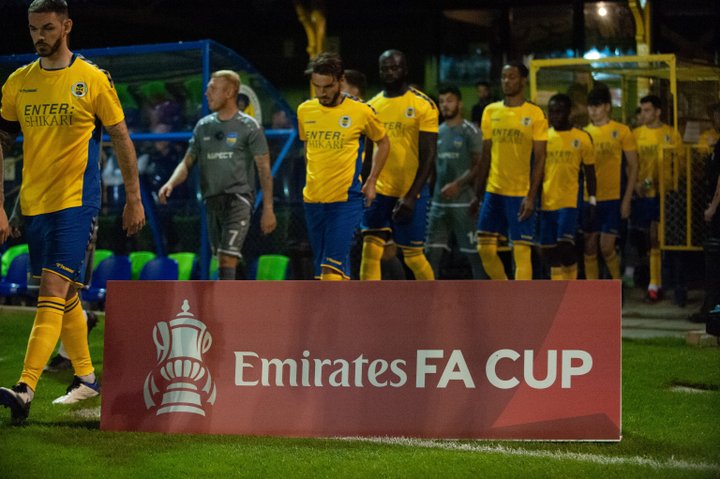 The National League hunters are joining the FA Cup pack but must avoid becoming entrapped before they really get going.

It’s the first step on the road to Wembley for 23 clubs, and they join those from the National League North and South and of course below in the fourth qualifying round.

They are all one game away from facing a big gun such as Sunderland, Sheffield Wednesday or Ipswich Town with the draw taking place on Sunday lunchtime.

But before all that comes some demanding fixtures they must negotiate first.

It all gets underway on the BBC’s red button early on Saturday afternoon.

National League leaders Grimsby Town are in the firing line when they head to Bromsgrove Sporting.

Paul Hurst’s side aren’t the only team who must go to a lower level club who are certain to be pumped up for the big occasion.

Wrexham face one of the big stories of last season Marine and like Tottenham Hotspur they visit the Northern League side - and this time they’ll have a home crowd.

Curzon Ashton welcome Chesterfield, while Solihull Moors know they’ve got it all to do to avoid problems at Hereford.

FC Halifax Town are flying in the league but count Pontefract Collieries out at your peril.

Kidderminster Harriers must be careful at Step 4 side Bedfont Sports and so must Aldershot Town at Bowers & Pitsea - likewise Woking, who head to Horsham.

There’s a couple of games between clubs who know each other very well.

Yeovil and old rivals Weymouth face off, with Glovers boss Darren Sarll calling for unity before the big tie.

The competition continues to be crucial for clubs with the winners of the next round earning £9,375.