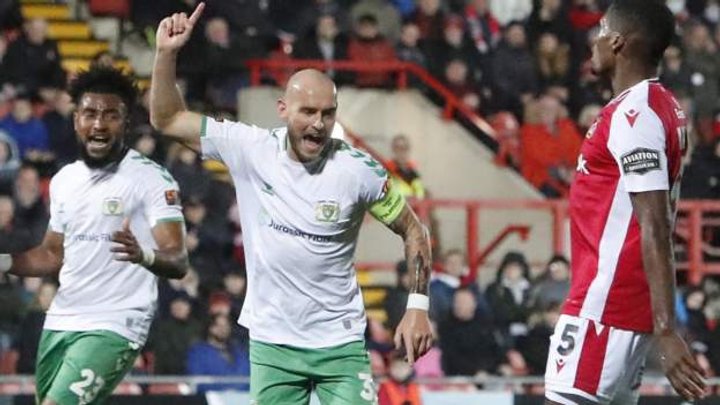 There were some eye-catching results on Tuesday night with action in all three divisions and the FA Trophy.

Wrexham missed the chance to climb to third place in the National League following a 2-0 home defeat to Yeovil Town.

Despite the Glovers being able to call on just 14 fit players, they rise to within two points of the top seven.

After the hosts went down to ten men, Yeovil didn’t look back.

Josh Staunton, pictured, put them in front before Sonny Lo-Everton made the points safe seven minutes from time.

Darren Sarll said he was thrilled with his side after another great away win, days after defeating Bromley.

In the National League South, the big game was won by Oxford City.

They defeated promotion rivals Ebbsfleet United to lift themselves into second - ironically Reece Fleet got the all-important goal.

St Albans City couldn’t get back to winning ways but grabbed a point in a goalless draw at Tonbridge Angels.

Hereford turned on the style to climb into the top half of the National League North.

Tom Owen-Evans’s brace and Jaannai Gordon did the damage and Kettering Town had no response.

In the FA Trophy, it was progress for Spennymoor got the better of Chorley from the penalty spot.

Southport defeated Darlington on spot kicks after their tie ended 1-1.

What’s Ahead This Evening Across The National League  There will be plenty of teams battling the almost sub-zero temperatures this evening as the action returns.