Nunn's The Wiser For An FA Cup Run 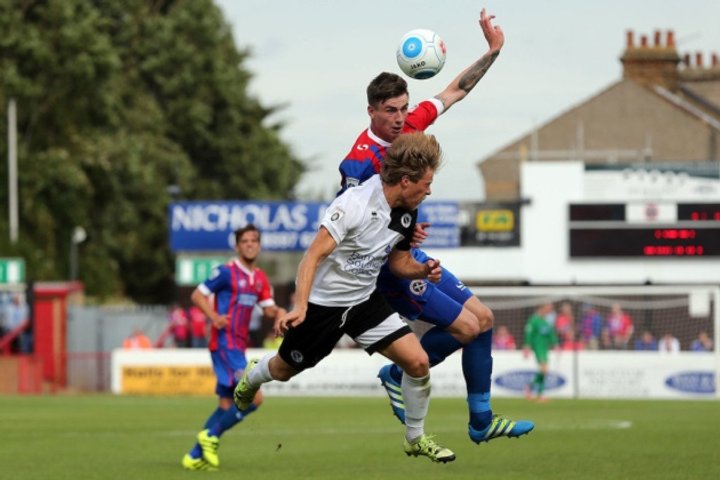 Dagenham and Redbridge defender Ben Nunn knows what it's like to have an FA Cup run and is hoping for another - but Leyton Orient stand in their way.

One of the ties of the fourth qualifying round takes place at Victoria Road as Orient make the 12 mile journey to take on their London and National League rivals.

The Daggers have reached the first round for the last 11 years although this is only their second appearance at this stage.

Having been in the Football League for so long, Orient last competed in the competition's qualifying rounds 97 years ago.

After a disappointing defeat at Woking last Saturday, Nunn wants to put things right on the weekend. He said: "At Boreham Wood and Chelmsford City we had some good runs. We took Wycombe to a replay in the second round and also had a replay with Carlisle.

"Fingers crossed we can go on a good run this year. If we got a lower league side in this round, chances our we'd have got a higher league one in the next round so each game is going to be tough.

"The FA Cup is a leveller, each game is a cup final. We're excited and looking forward to putting the result right from last week."

 Holroyd Hopes That Wrexham's Luck Has Finally Turned Chris Holroyd feels luck for both himself and his club Wrexham could finally be on the turn.

Not Firing, But Tudors Boss Brennan Has A Long Memory  Their form may be inconsistent of late but Hemel Hempstead Town boss Dean Brennan still points to progress as he heads into a fixture this weekend which probably still gives him nightmares.