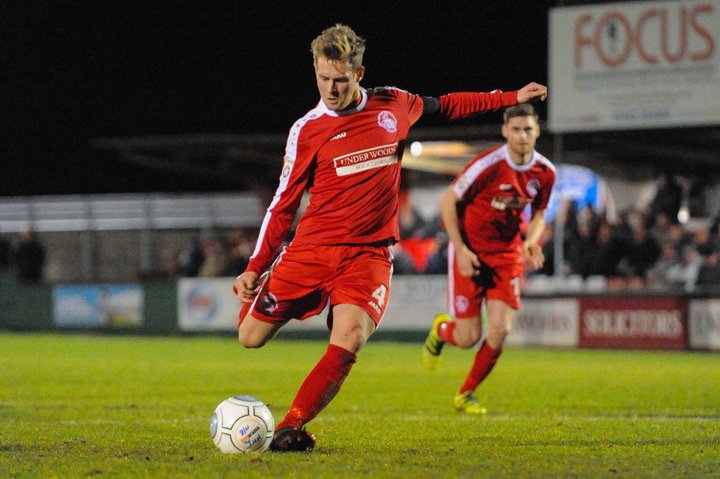 We've been getting to know the Hemel Hempstead Town squad with Jordan Parkes having his say on his team-mates!

Parkes gave his answers to these burning questions...

I was the dressing room DJ at the start of the season, but my Arctic Monkeys and Oasis songs weren’t going down well with the rest of the lads. I also ended up spending £20 extra on data for that month so I’ve now handed over to Alex Osborn. Good mixture of songs but a few shockers in there!

Yak is always the first one to get to training. He’s always an hour or so early but spends his time sleeping in his car or playing some online racing games. He doesn’t actually come into the changing room until the last minute!

Kyle Connolly is always late for training, tries to sneak on the pitch during the warm up, he is one of the players that lives closest as well!

Not sure on this one. There’s a few players that could probably cut down on what they’re eating! James Kalozci is always eating some petrol station pastas before the game and then leaves his rubbish in my car!

Teachers pet - we don’t really have one! Everyone has their arguments with the gaffer!

Worst car has got to go to Lloyd Doyley. For a player that has played in the Championship and Premier League most of his career he is still driving the same car that he had when I was at Watford with him eight years ago!

I've surely got to be voting for myself on best dressed! If not, Tom Hamblin is always looking smart and there are a few that always have a right go. Will Hoskins loves an out there shirt!

Where do I start with this one! Alex Osborn walks round with Gucci flip flops on and a man bag - rascal outfit. Spencer McCall wore a ski jacket on a night out! Laurie Walker was always worst dressed but has upped his game recently, he’s got rid of his Primark plimsolls and has improved. Lloyd Doyley has some shocking trainers and tried to convince us that his cream/Brown tshirt was meant to look that colour and not white. James Kalozci struggles to find clothes that fit Giraffe size, so we can let him off.

Hard man in the team?

We are all team of wimps! I’d never mess with Kyle Connolly, even though he’s not the biggest he plays Gaelic football and is used to getting smashed about for most of the game, he takes that into matches and even training. Always leaving his mark on someone and starting a row!

There are a few potential managers in our team, we’ve got a lot of experienced players. Matt Spring runs the U18 team and has great information and understanding of the game. Lloyd is looking to go through his badges. I run my own football coaching business and have my badges so it’s something that I’d definitely look to do once I finish playing.

Joker in the group?

We’ve got a great group of players. Alex Osborn is the joker of the group, he’s very lively and is always a player you can batter if you're looking to deflect the attention. Lloyd is another you can divert the banter towards if you're under pressure!

 Doing It For The Kids! Over 1,000 Cheer On Chester's U19 Heroes Chester’s young side secured a narrow 1-0 victory over Gateshead in the National League U19 Alliance League Cup on Wednesday night - but the scoreline wasn’t the only thing people were talking about!