Martin Does The Hard Miles To Give Hampton Kids Helping Hand 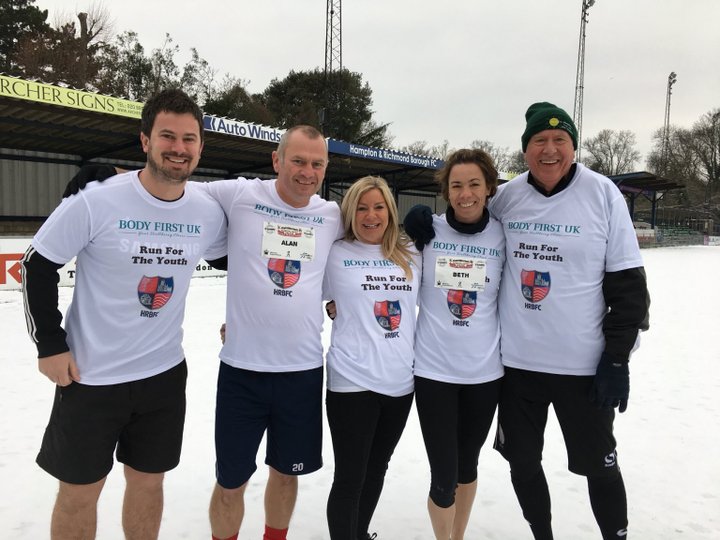 But Sky Sports commentator Martin Tyler instead spend today in the snow doing laps around the Hampton & RB pitch for three hours!

The 72-year-old broadcasting great got his boots on to raise much needed money for the club’s youth team.

Up early, he did the 50 circuits as promised - and hopefully the money keeps rolling in.

The Beavers, who drew the vital National League South clash at Havant 0-0 on Saturday, are fundraising for the Run For The Youth campaign and are nearing their £2,000 target.

He said: “It was an incredible effort for a fantastic cause.

“Martin holds the club close to his heart and he knows how important the youth team are and how we need to raise as much money as we possibly can.”

You can donate by visiting the club’s website or twitter page where a link to a fundraising page can be found.

Hampton hope the snow gets off the Beveree pitch as soon as possible.

The hope to close the gap on the Hawks by beating Hungerford Town on Tuesday night.

 Gray Desperate For His Minstermen To Find Their Feet Again York City boss Martin Gray says his side desperately need to find some consistency in the final eight games of the season.

Johnson Applauds The Desire Salford Showed As They Go Back Top  Salford City joint-manager Anthony Johnson says their 3-2 win against Spennymoor Town showed the fight within the side.