Managerial Duo Depart as Chester Search for an Upturn in Results 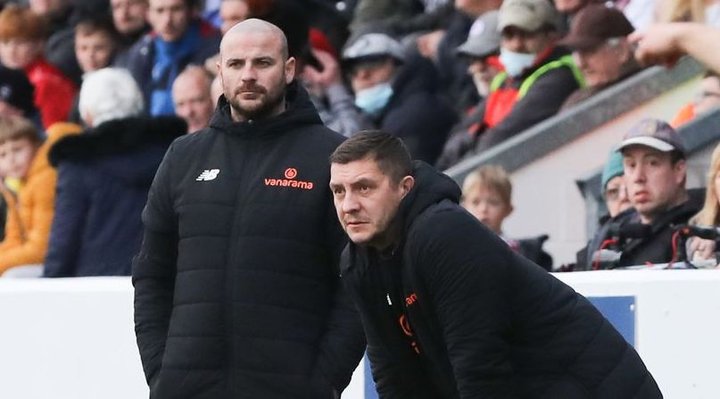 Chester have confirmed co-managers Bernard Morley and Anthony Johnson have left the club.

Sitting 16th in Vanarama National League North, the Blues have won just once in their past five league games.

Defender Danny Livesey will take charge of the side for upcoming fixtures.

In a heartfelt statement, the club said: "We want to place on record our appreciation for their significant contribution on and off the field in that time, and for immersing themselves in our unique football club.

"The pair arrived following relegation from the National League in 2017/18 and worked tirelessly to rebuild the team while also helping to re-energise our fan base.

"They guided the Blues to a 9th place finish in their first campaign, just three points off the National League North play-off places.

"In 2019/20 the Blues finished 6th on points-per-game after the season was curtailed and were edged out in a play-off eliminator at Altrincham, and last season sat third in the table before the season was declared null and void in January.

"Unfortunately results and performances this season have not met expectations and we feel now is the right time to make a change to give us the best possible chance of improving our league position".

 The Five FA Trophy R2 Ties To Watch Out For This Weekend The FA Trophy has been kind to National League North and South clubs in recent years - just ask Hereford, Concord Rangers and Brackley Town.

What Happened On Tuesday Across The National League?  There were shocks in store for the teams at the top on another highly eventful National League night.