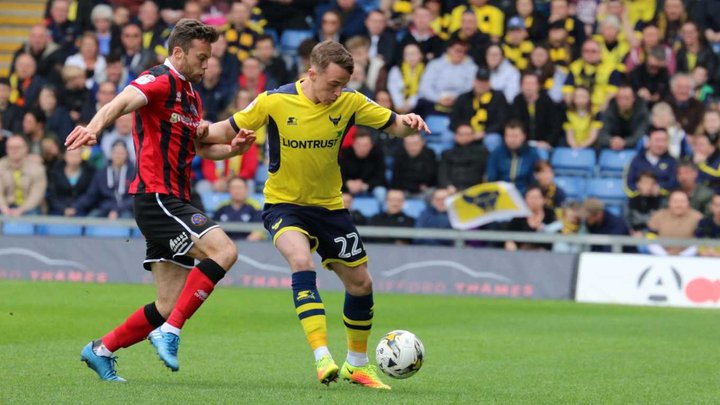 Defender Sam Long's loan from SkyBet League One side Oxford United to Hampton & Richmond Richmond has been extended by another month.

The highly-rated 23-year-old right-back made his debut for the U's back in 2013 and is a graduate of the club's academy side.

He has made eighteen appearances for the club in that time - all in the Football League.

Long has been a regular starter for the Beavers over the last few weeks, having joined to get game-time after an injury-affected first half of the season.

Penncock Believes Barrow Can Start Unbeaten Run Now  Barrow boss Ady Pennock says his side's performances in the last two games shows they have what it takes to have a good end to the season.