Flanagan Urges Nash To Take Chance In Battle To Stay Up 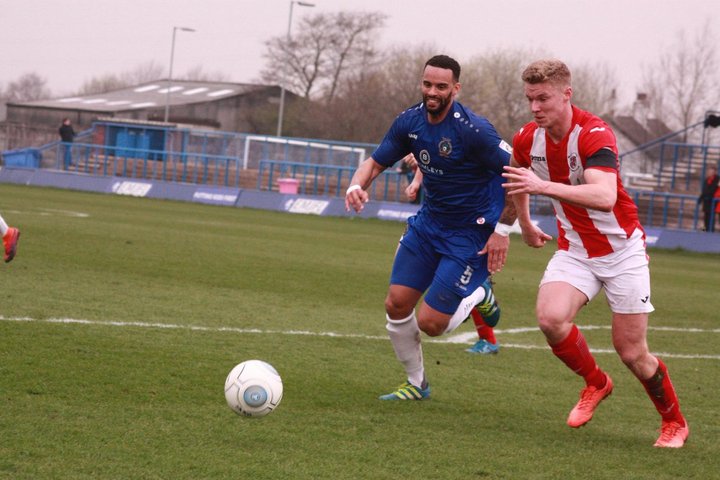 Curzon Ashton boss John Flanagan says his side need to get it right as they look to move a big step closer to safety from relegation in the National League North.

A win against Nuneaton Town would move them six points clear of the drop zone with just over a week of the season to go, writes Tom Feaheny.

A point secured at Leamington means they are currently three points away from the bottom three places and with games running out a victory would give them a good chance of staying up.

"They are secure and aren't in the scrap, hopefully they will relax a little bit but it doesn't matter, with things like that it is down to us," Flanagan told the club's website.

"We are good against the teams at the top, they have done quite well, they are a decent side, big and solid but it is down to us.

It would be a big win if they could gain the victory and Flanagan says he knows what they need to do to achieve it.

"We just need the goals, defensively we have been more solid in recent games."

 WATCH NOW! Highlights From Saturday's National League Games The Vanarama National League season is nearing the end, with close to a full programme of fixtures across our three divisions - and you can catch the best of the action right now.

The National League Team Of The Weekend Is Announced!  There’s just two Saturdays to go, and as we’re getting all emotional about the prospect of our final few Team of the Weekend selections until August we know there’s little time to get caught up in the moment.