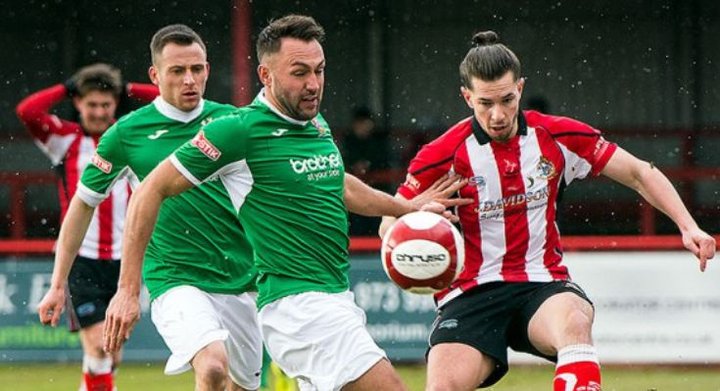 Connor Hughes was revealed as The Nash`s first recruit since the end of the 2017/18 season last week, joining from the Evo-Stik Northern Premier League outfit, and he has been joined by former team-mate, defender Danny Morton.

The defender became a fans` favourite in his two-year spell at Clitheroe after signing from Hallmark Security League side Barnoldswick Town in 2013.

After impressing as skipper of the Evo-Stik League North outfit, the 25-year-old earned a move to Stockport County where he spent the entirety of the 2015/16 season and collected their young player of the year award.

Morton joined Stalybridge in 2016 from Colne FC and was awarded the captain’s armband for the 2017/18 season at Bower Fold, where he made seventy-seven appearances.

On the signing of the defender, Flanagan told the club`s official website: “Like Connor Hughes, Danny is a player that I’ve tried to sign previously but circumstances this time allowed us to get the deal done.

“He’s a great age at 25, experienced and athletic with some excellent leadership qualities so he will bring a lot to our changing room. As a player, he’s adaptable so he’s able to drop in at full-back, centre-half and centre-midfield which will provide much needed cover for a number of positions”.

 Bignot Wants To Move On Quickly From Tough Year It's fair to suggest Marcus Bignot hasn't had the best twelve months of his life.