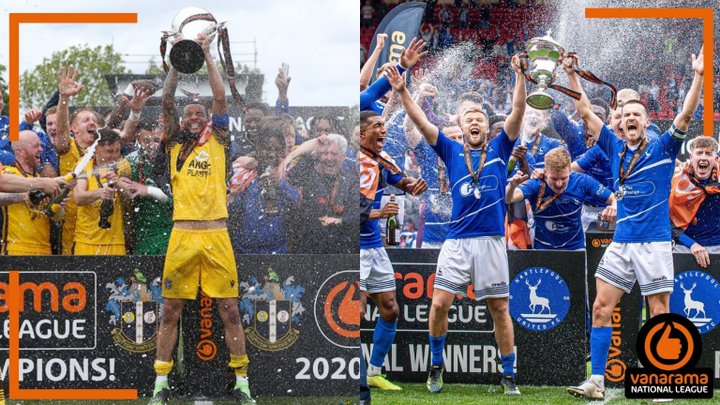 National League fixtures scheduled for the 2021/22 season will be released on Wednesday 7th July at 1pm.

The 2020/21 campaign ended on Sunday as Hartlepool United (pictured right) beat Torquay United on penalties in the Promotion Final at Ashton Gate.

The promoted pair will be replaced by Southend United and Grimsby Town- recently relegated from League Two.

The formation of teams in each of the three divisions will be finalised following next week's AGM.

Key dates for the 2021/22 season were confirmed in late May.

 Liddle Lifts The Lid On His Penalty Kick Final Relief! Gary Liddle had more reason than anyone to ambush Hartlepool hero Brad James on Sunday.

Pools Edge Nervy Shootout To Book A Place In The EFL  Hartlepool United ended their four-year exile from the EFL with a penalty shootout win over Torquay United.