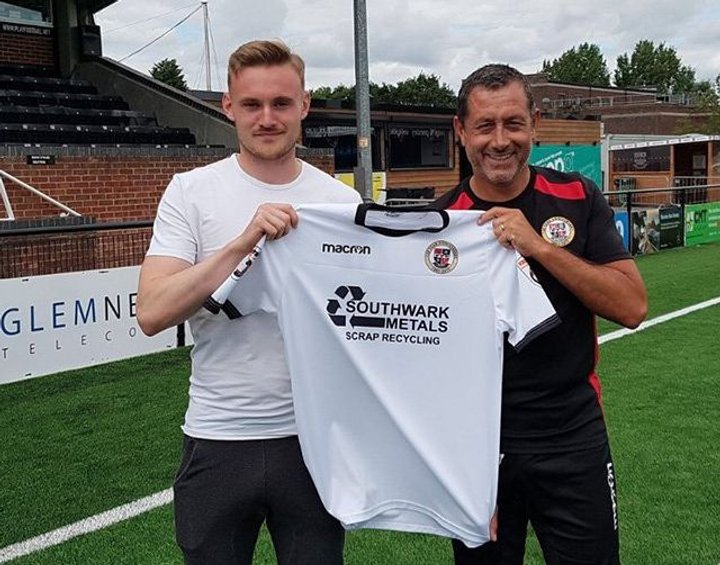 Sutherland started his career in the academy side of Queens Park Rangers and he had loan spells with Portsmouth, Leyton Orient, AFC Wimbledon, Dagenham & Redbridge and Crawley Town before being released by rhe Rs in the summer of 2016.

Following his release, he joined National League side Woking in September 2016, making eighteen appearances for the Cards.

In January 2017, he switched to Natgional League South outfit Whitehawk and made a dozen appearances and scored 3 goals.

Sutherland has been capped by the Republic of Ireland at under-17, 19 and under-21 level.

Bromley manager Neil Smith said: “I’m delighted to have Frankie on board. He’s a Republic of Ireland international and has played League One football with Crawley Town.

“He has vast experience for such a young man and he’ll be a fantastic acquisition for our football club”.