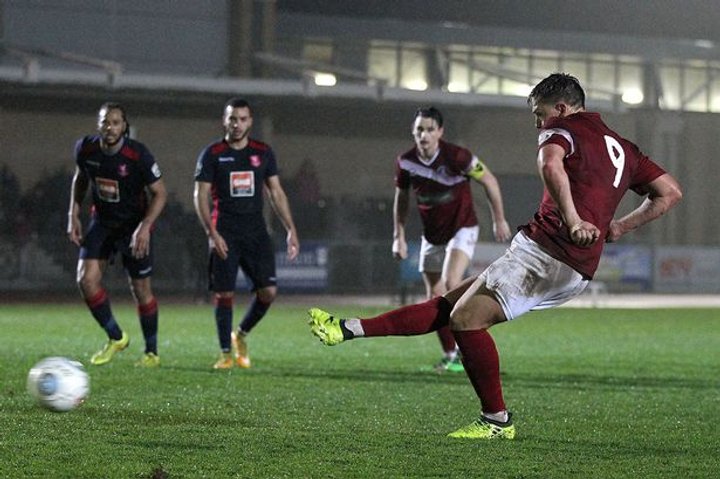 More often than not, a footballers’ love life spells bad news for his manager.

If they’re distracted off the field, it can have knock-on effects on it. A stay in heartbreak hotel can have consequences for the team.

But Chelmsford City manager Rod Stringer is hoping love wins in the next few weeks.

The Clarets are hoping to convince striker Scott Fenwick to return to the club next season and 11 goals in his two month spell at the club last season.

But he lives in Newcastle - although there is a big draw to him pitching up full-time in Essex.

Stringer explained: “We’re talking to Scott, he was great for us at the end of last season and we would love to get him back here.

“He lives in the north east but his girlfriend is based not far from Chelmsford. That’s why he came here in the first place.

“He’s got a decision to make. If they go for it and he moves down south then he’s said we would be the club he signs for and that’s great.

“With a bit of luck true love might blossom! He’s got some offers from up north too, so we’ll see what happens.”

Stringer says he won’t play match-maker and will let the striker sort his love life out himself.

“Scotty is his own man and doesn’t need me guiding him!” said the former Braintree and Bishop’s Stortford boss.

“It’s a big decision for him and I’m sure he’ll do what’s right. We can’t press him and if it doesn’t go right then he missed home.

“Love sick or home sick? What’s better! I don’t know, but I’ve told him to take his time and think it through properly.

“We’d love to have him back here but he has got to make his own decision when he is ready.”

 It Will Be Quality Over Quantity Next Year For Sutton Sutton United manager Paul Doswell says less will be more next season.