Elliott: Pilgrims Have To Overcome Obstacles in Few Next Weeks 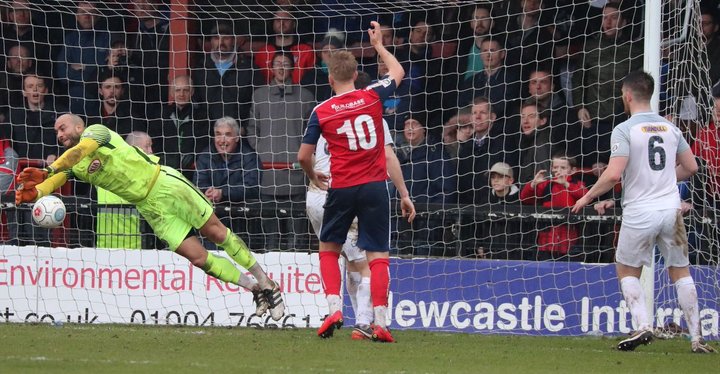 Boston United boss Craig Elliott admits two red cards and an injury last weekend means they have some challenges with the squad ahead.

With Ben Middleton and Andi Thanoj both sent off against York City and striker Jake Beesley hurting his ankle, it means the Pilgrims will be without three players, writes Tom Feaheny.

They next face a side who are just two points behind them in FC United of Manchester.

"We have got to kick-on, the games come thick and fast, we need to utilise the squad" Elliott told the club's website.

"There are two players that were sent off at York City, then Jake Beesley picked up an injury, these things happen, it is how we deal with them."

Elliott believes if his side play against FC United of Manchester like they did against York City, the result will be there for them.

"It is another game, we have to look at the York City performance, really it meant we should have got something, now we have to ensure we do get the points."