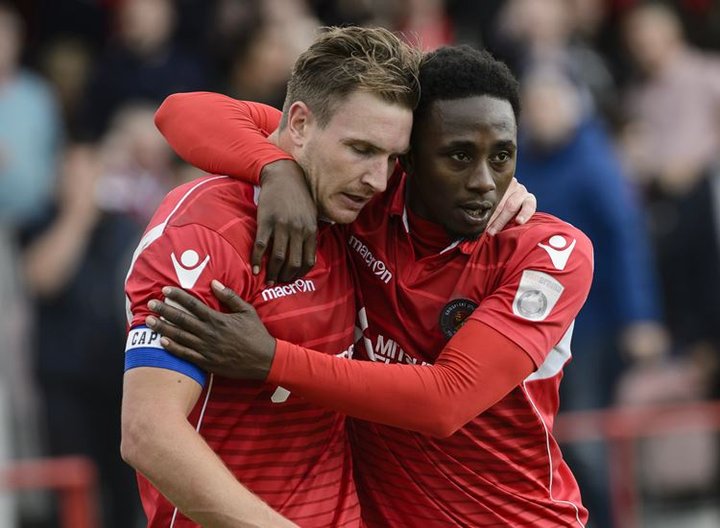 Derby games often mean more than most, but for Ebbsfleet United their win at Maidstone United was extra significant.

Fleet won 2-1 at the Gallagher Stadium as they held firm late on to take home all three points. Watch Match Highlights Here.

Manager Daryl McMahon couldn’t face a third defeat on the bounce - his team being defeated back-to-back for the first time in years before heading to the home of their rivals.

McMahon praised his players for not letting recent poor results weight them down.

“Derby games are always special,” said the Irishman. “There’s always that need to win from both sides but we’d lost two going into this one so we knew we needed to put that to bed.

“We were a lot better than we have been in the past few matches, we looked after the ball and finished our chances well.

Fleet have Warrington Town at home in the FA Trophy before big
National League game with Aldershot, Boreham Wood and Tranmere Rovers.

McMahon’s side are tenth, but only three points shy of the play-off places.

 Armstrong Quick To Reassure Supporters That Maguire Is Staying Put Alun Armstrong has re-assured Blyth Spartans supporters that Daniel Maguire is staying put at Croft Park after the star striker’s decision to sign with Achieve Management caused rumours of his departure to escalate on social media.

Gill's Grand Plans For Bath Starting To Show Promise  Bath City boss Jerry Gill says a large number of changes were inevitable as he tries to put his stamp on the club.