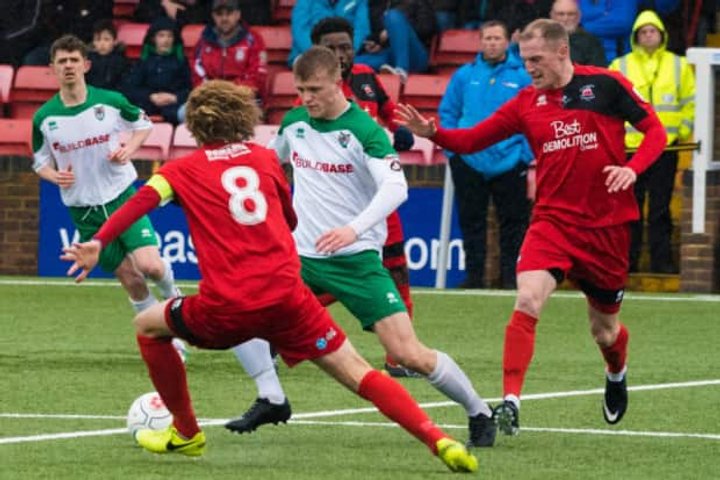 Eastbourne Borough have confirmed captain Sergio Torres, Lloyd Dawes and Yemi Odubade will be staying with the side.

Along with many clubs right now, the Vanarama National League South side are working hard to ensure key players from last season remain with the side, writes Tom Feaheny.

The former Wycombe Wanderers and Crawley Town midfielder Torres has committed his future to the club.

Striker Lloyd Dawes is another, he joined the club from Worthing in September 2017.

And finally Yemi Odubade is staying with his first side, with the forward also agreeing terms.

There will be other deals announced soon as a club statement read.

"Fans should rest assured that discussions are ongoing with others - including striker Jamie Taylor - with regard to their immediate futures. News will be published when finalised.

"However Shaun Okojie is one player who will pursue his career away from The Lane. The club thanks Shaun for his efforts at the club last season and wish him well for the future."

 McCann The Beavers Man To Take The Club To The Next Level Hendon manager Gary McCann has been selected as Hampton & Richmond Borough’s new manager.

Challinor Adds A Real Leader To His AFC Fylde Pack  AFC Fylde manager Dave Challinor vowed to bring more leaders to the club this summer, and he has made a solid start.