Dowson Will Give 'Miracle Men' Another Chance To Shine 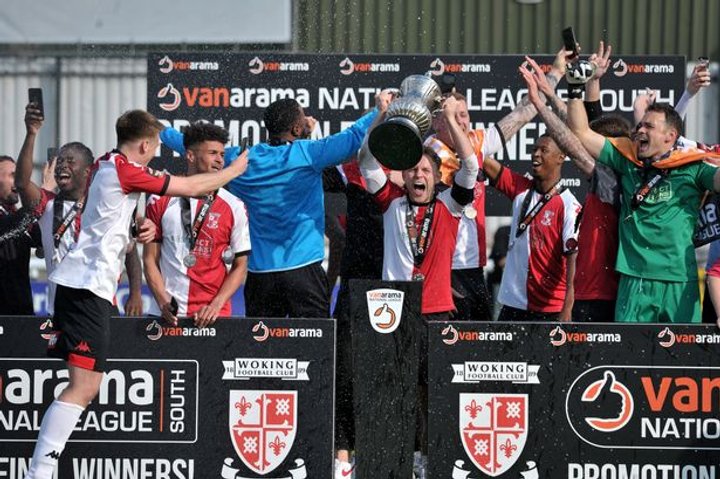 Alan Dowson has vowed to stand by his squad who achieved a "miracle" to get Woking promoted last season.

The Cards finished second behind Torquay United and won in the Promotion Final against Welling to bounce back to the National League at the first attempt.

Captain Josh Casey joined a number of last season's squad to resign with a handful of new additions.

And while Woking might not have the playing budget boasted by other teams in the division, it doesn't bother him at all.

"I signed a few lads from last season because we achieved a miracle last season," he told the club's website. "They want to come back and have a go, so I’ve given them an opportunity.

"What the lads did last year was phenomenal and they deserve to have a go in this league. We can’t go for the big hitters, but we don’t want to because the lads we've got have been so good.

"I’m not going to sit here and plead poverty, but we will have the worst budget in the league," he added.

"But if we have the worst budget in the league, we’ve got to do something about it - we’ll keep building the club, we’ll keep going out in the community and bringing people in who believe in the club."

You can view a full list of Woking's fixtures by clicking here.

 It's Friendly Fire! Saturday's Pre Season Review We are less than a month away from next season but football returned with a bang on Saturday afternoon with a packed schedule of friendlies.

Alty Bag Big Chesire Award For Rainbow Shirt Initiative  Altrincham have received an award from Cheshire FA for their fight against homophobia.