Dowson: Points On The Board Is All That Matters 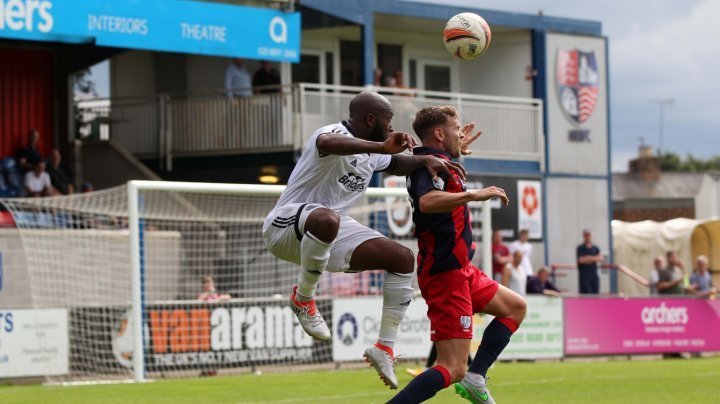 Alan Dowson says his team getting the job done was all that mattered after their latest win.

A dramatic last minute equaliser by Shaun Jeffers the week before was followed by the striker scoring the only goal as they defeated Bognor Regis Town, thanks to Jeffers getting another goal, writes Tom Feaheny.

“It is a good result, we know with this run in the secret is getting the wins,” Dawson told the club’s website.

“We weren’t at our best for 70 minutes and it was quite even but the last 20 we hit the crossbar twice."

Dowson was quick to praise his new striker for the impact he has made.

“With the changes, Shaun Jeffers showed he is a finisher, we have been crying out for him.

“He is someone who gets in those areas, he could and should have scored more but again, I won’t b complaining because he is bringing something we have been missing.

 Stockport Reward Keeper For Consistent Performances Goalkeeper Ben Hinchliffe has agreed a new deal to remain with Stockport County until the end of next season.

Captain Pearson Urges His 'Sloppy' Wrexham To Improve  Skipper Shaun Pearson knows Wrexham need to start seeing games out again - just like they did earlier in the season.